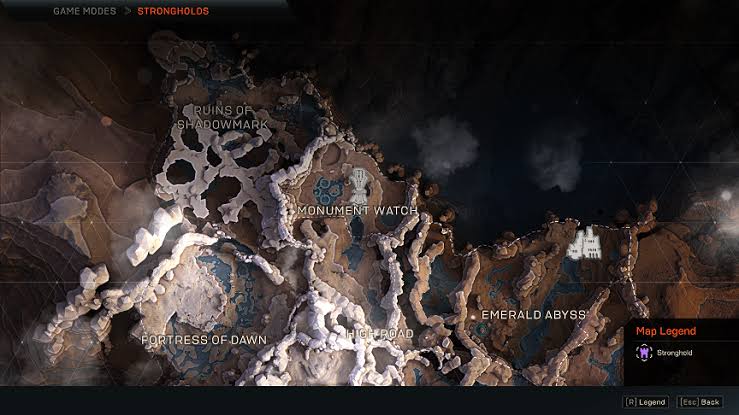 An ever increasing number of players are revealing that the Strongholds in Anthem are vanishing. The players have just figured out how to maintain a strategic distance from this mistake.

What is this error? On Reddit, a few players report that you can never again pick Strongholdin Anthem. The Strongholds just vanish from the world guide.

The mistake apparently occurred for the first time last weekend. During the night from Friday to Saturday, players pointed out that the freeplay was suddenly completely empty and there were problems with the Strongholds. BioWare then applied a fix to fix this issue.

What about the fortresses? The fix has apparently resolved the problems with freeplay, but the fortresses still seem to be bitchy. For example, players report that only one or two strongholds are missing, while other freelancers can not select any of the three fortresses.

Other players state that their fortresses are completely empty or simply thrown out after entering the instances. Some players are teleported as a team of four also in the middle of a stronghold already started or stand after completed phases in front of closed doors and can not finish the fortresses.

What can you do? So far, BioWare has not responded explicitly to the issue. The players have then developed their own way how the error can be at least bypassed.

If you also no longer see any Strongholds in Anthem, try to join a friend who does not have this problem. Together, you can now load into the dungeon, after which you should see the Strongholds again.

On Reddit, some players state that the bug was fixed for them. For some others, however, the problem recurred after some time.

Are you also suffering from this problem? Did the tip help you or did you have any other suggestions?