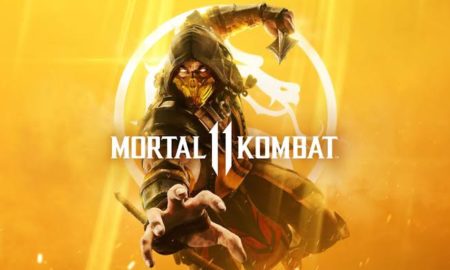 To open the trophy “Get Over Here” in Mortal Kombat 11, locate the Chained Spear by Hanzo Hasashi. Just with this lance would you be able to interface with the 50 hanging bodies. In this guide, we’ll clarify every one of the means.

In the event that you follow this guide, you will open an aggregate of three trophies: Enough Already, Gimme Dat Money and Get Over Here.

Here you can discover all PS4 trophies, including tips and arrangements.

First you have to enter the crypt and immediately open the two chests, you get 100,000 Koins. Then just go straight to the altar and take the Shao Kahn’s war hammer with you.

Smash the big wooden gate with the hammer, go through the door and immediately to the left, at the end you see a wall that you can destroy with the Shao Kahn’s war hammer. Behind this wall you will find the gong, hit it to open another door and unlock the “Enough Already” trophy.

Now go to the yard and the forge, through the open gate.

Immediately after the gate, you have to turn right along the path to the shrine. Pay a tribute of 50,000 Koins to the gods and the trophy “Gimme Dat Money” is unlocked.

Now you go from the shrine, right along the path, a meteor will hit. Destroy the meteor with your hammer and you will receive the Gem of the Living.

With the new item you go back to the gong. Next to the gong, you find a locked door, opening it with the Gem of the Living.

After a little straight and then destroyed the wooden gate on the left, behind it is a switch. Pull the switch and pick up Cracked Horn of Motaro.

Do you have the horn, now go back to the path where the meteor has hit. Use Horn of Motaro to open the gate.

Go through the gate and walk to the elevator, push the lever and drive down. Now walk along the corridors until you discover Goro’s Lair. On the throne sits the frozen Goro, to the right of the throne there is a path, go down there and you will find the Spear of Hanzo Hasashi (Scorpion’s Spear).

With the spear in his luggage, turn around and go back to the surface. Now you can use the hanging corpses with the spear and collect hearts. Once you have collected 50 hearts, the trophy will unlock.