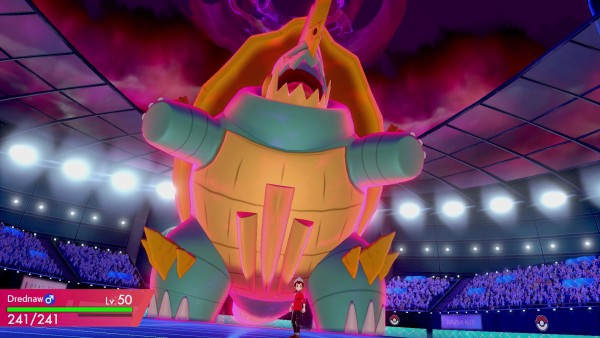 With the release of Pokemon Sword and Shield fast approaching, Nintendo has released their first batch of tips and information about the game. These include the ever-present boxes, finding rare pokemon and more. For those interested, you can find the details below:

■ Handy Features to Help You on Your Adventure

There are many new features in Pokemon Sword and Shield that are designed to make your adventure even easier to enjoy. We’d like to show you a few examples.

You can deposit Pokemon you don’t want on your team in your Pokemon Boxes. In Pokemon Sword and Shield, you’ll be able to access your Pokemon Boxes in various towns and facilities—but also while you’re on the road or even when you’re exploring in the tall grass! You’ll be able to swap Pokemon into and out of your team whenever you want, so try experimenting with all sorts of different Pokemon.

Just be aware that there are a few places—such as the mission areas where you take on Pokemon Gyms—where you won’t be able to access your Boxes.

Autosave
Saving diligently has always been part of a Pokemon adventure, but now there’s an autosave function to help you out! The autosave function will automatically save your progress during your adventure at various points, such as when you enter a town or a building.
This function is automatically turned on when you begin your adventure, but you’ll be able to turn it off if you want to have more control over when your progress is saved. Even with autosave on, you’ll still be able to save manually, too, just as you can when autosave is off. Go to the Options menu to choose how you’d like to save, so you can set up an experience that suits your style!
—A message will appear in the upper-right-hand corner of the screen when your progress is being automatically saved.

Nicknames
If a Pokemon you received in a trade doesn’t have a nickname, you’ll now have the chance to give it a nickname—but only once! Speak to the man standing behind the left-hand counter in any Galar region Pokemon Center—this jack-of-all-trades is sure to help you out!
Note that, just as in previous titles, you won’t be able to change the name of a traded Pokemon that already has a nickname.

Certain special Pokémon will not be allowed.

Register three to six of your Pokémon to your Battle Team.

All Pokémon in this competition will automatically become Lv. 50 for the duration of each match.

You’ll be able to join the competition by opening the X menu in your game and selecting VS, Battle Stadium, and then Online Competitions. There’s no need to register on the Pokémon Global Link.

In the Galar Beginnings competition, you’ll be able to make your Pokémon huge by Dynamaxing them—or even have their form change by Gigantamaxing them! These effects will last for only three turns per battle, so be sure to use them wisely!