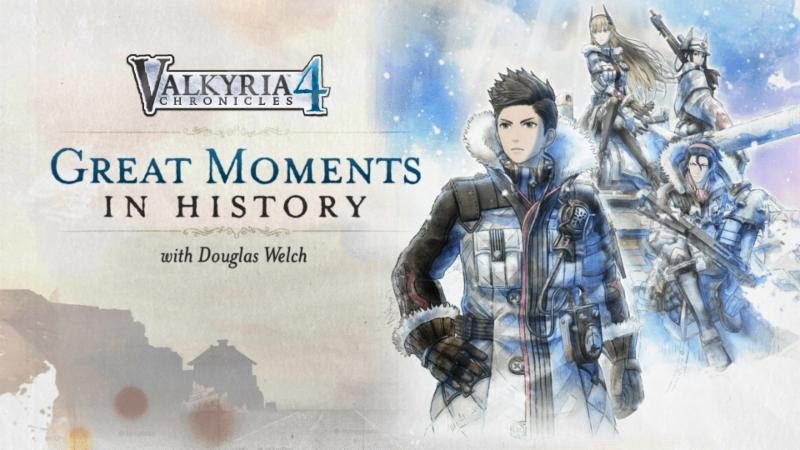 Since the much anticipated Valkyria Chronicles 4 has at long last discharged in North America and Europe, many may appears to be lost with respect to what the story is about, particularly for new enthusiasts of the arrangement. Fortunately, Sega discharged today a five-minute video talking about the European history before heading into Valkyria Chronicles 4.

As indicated by Sega, earlier information on the arrangement isn’t expected to appreciate the game, however there’s a rich piece of history to be revealed for those intrigued.

To give you a full talk on the European history, join European Historian Douglas Welch as he jumps profound into the historical backdrop of the First and Second European wars in Valkyria Chronicles 4.

A Coming-of-Age Story in a Time of War – Valkyria Chronicles 4 takes place in the same timeframe as the original Valkyria Chronicles, but focuses on a whole new cast of main characters. Players will take command of the eager, young Commander Claude Wallace, engineer/heavy weapons extraordinaire Riley Miller, hotheaded Darcsen Raz, ice-cold ace sniper Kai Schulen, and more. Together, they will experience the painful realities of war–but will the bonds of Squad E’s friendships survive the frozen battlefield?

The Next Generation “BLiTZ” Battle System – The part overhead turn-based strategy, part RPG, and part real-time 3rd person shooter “BLiTZ” battle system returns to the field. New features include an explosive new class called the Grenadier, numerous offensive/defensive battleship support options, chances for a unit to have a “Last Stand” action before death, and more. Plus, fight the imperial threat with more units on larger-scale maps than ever before.

CANVAS Aesthetics – The series’ signature hand-drawn visual style is back and overhauled for the newest generation. Inspired by watercolor compositions, the CANVAS Graphics Engine blends visual elements of reality and imagination to create an expressive world filled with colorful emotions. Watch the journey of Squad E unfold like an interactive painting!