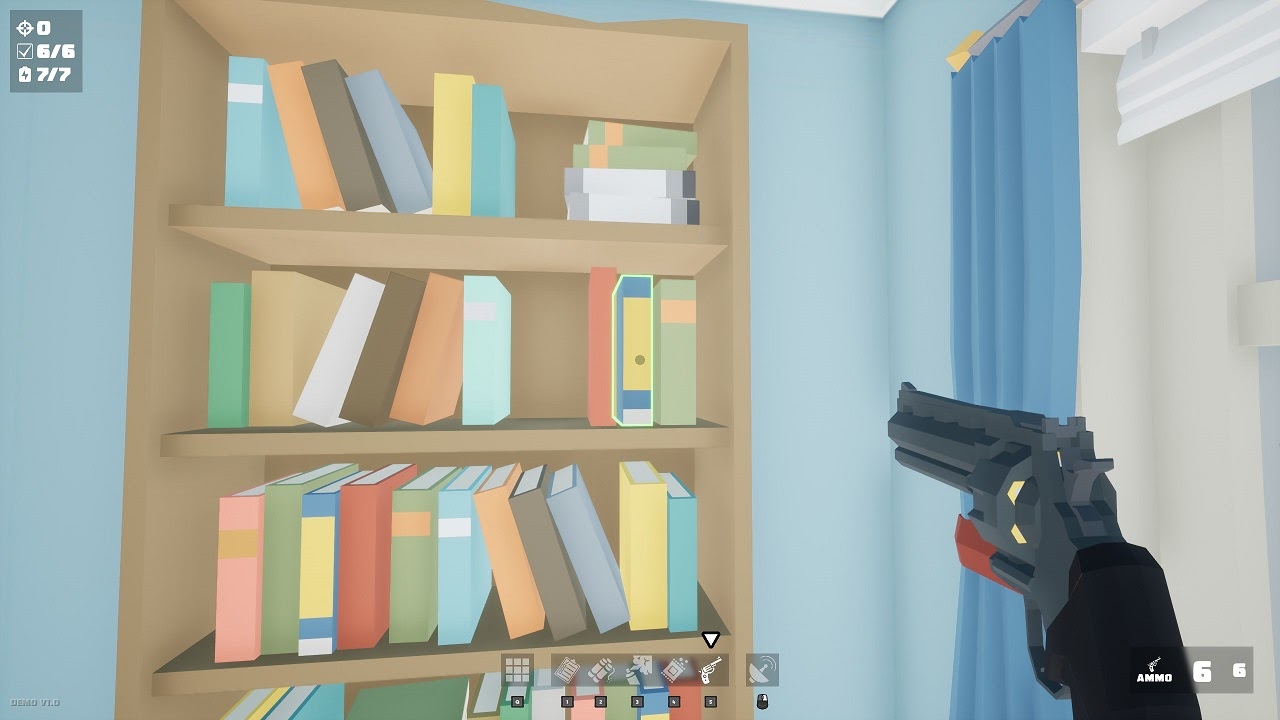 This might lead you on a wild goose chase as there are a crannies that it could be. However, you do not need to appear very far. Take the Secret Space at the match’s second level, Close Encounters. After gaining entry to this Study, accomplished by murdering 15 spiders, you’ll find a desk with a computer, some chairs, and bookcases.

On the floor to the left of the desk, you’ll come across a paper which you are able to socialize with by pressing on E adding the objective into the clipboard, and this will task you with finding the secret room. Directly behind you, on the wall opposite the desk, is a bookcase. You are able to interact with only the blue book with a yellow spine, located on the next shelf, and is the second publication in from the right.

In spider-splatting simulator Kill It With Fire, you’re not offered a listing of all of the level goals at the start of a level, so it can result in backtracking and random attempts to find where the final pieces of an object are. The best method isn’t to react how one would at the situation your home has been invaded by spiders. Instead, initially ignoring the lions, taking your time is often the best strategy. However, some objectives aren’t in plain sight and need a little more investigation.

Press E on this book, and like all good evil secret lairs, the book will trigger the bookcase to move to the left, revealing a little room that contains all manner of goodies and completes the objective on your checklist.

This handy room includes batteries which need to be collected from the level, the safe which contains the C4 weapon and can be unlocked after completing four of the level’s objectives and adds to the progress of the level’s equipment, as well as the boombox that allows you to start the Arachno-Gauntlet challenge.