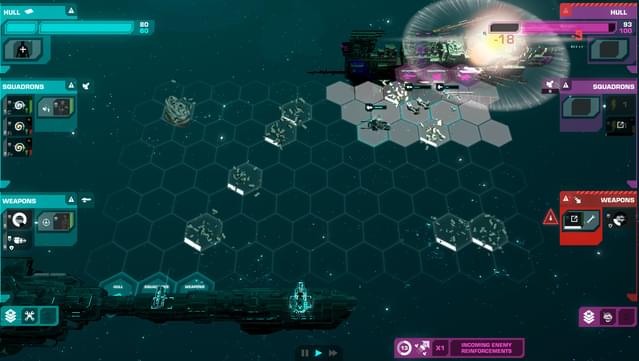 When FTL matches Foundation… and Dune. Crying Suns is a strategic rogue-lite that places you at the function of a space fleet commander because you research a strangely fallen empire. Inside this narrative rich experience motivated by Dune and Foundation, every successful run will discover the facts regarding the Empire… and yourself too.

Main Features: Space exploration at a procedurally-generated world class. Tactical conflicts between battleships and their squadron fleets. Over 300 narrative occasions that are possible. A dramatic and profound story ordered in 6 chapters. A dark and disturbing air inspired by our favourite S-F universes (Foundation, Dune, Battlestar Galactica).

After 700 decades of prosperity and peace, the Galactic Empire has abruptly been shattered in to bits. The OMNIs, god-like machines that did everything to get their masters, have inexplicably shut down. And having lost the capacity is near extinction.

But somewhere in a far corner of the Galaxy is Gehenna, a world of ice and stone along with a top-secret facility that’s the pinnacle of both Imperial Tech along with humankind’s final opportunity.

You’re a replica of Admiral Ellys Idaho, a weapon created out of flesh, the finest Imperial Admiral to combat from the stars and you’ve only been awoken with this world by its odd and darkly-humorous Guardian, Kaliban, the final operational OMNI to exist.