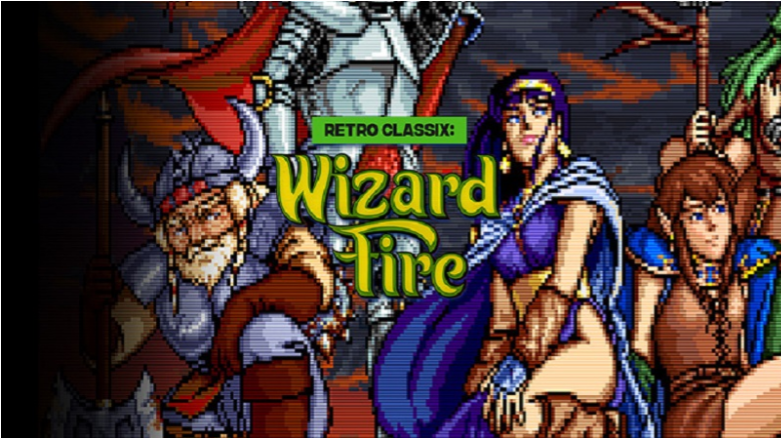 Wizard Fire, also known as Dark Seal II in some markets, is a classic multiplayer action role-playing game released in 1992. In the fourth century A.D., the story takes place in the Empire of Aul, where Zenon, the evil wizard, plans to kill one hundred and one innocent people to open the Dragon Shrine. Zenon will use this power to raise an army from the undead to conquer the land.

One or two players can choose from five characters in this fantasy-themed beat ’em up by Data East(TM). They include the Knight, the Wizard Bard, the Dwarf, the Dwarf, and the Elf. Each character brings their own set of skills, weapons, and talents to the table as you battle skeletons and ghouls, kobolds, and other creatures.

How to download and install Retro Classix: Wizard Fire