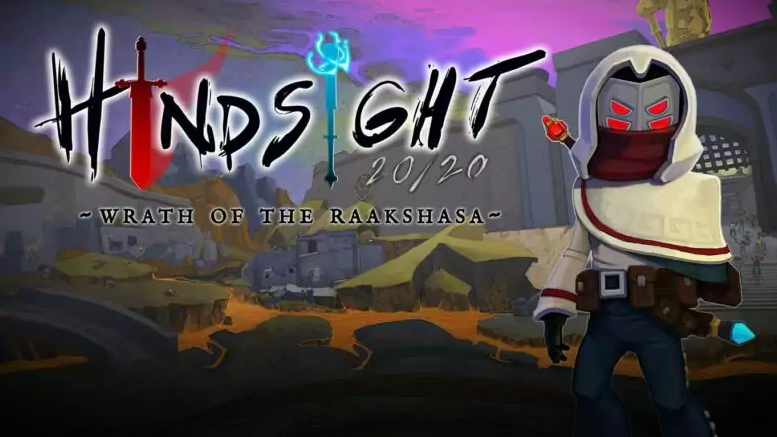 Video games often allow players to choose their morality. It can be rewarding to choose to follow a straight-and-narrow ‘good guy narrative. However, it can also be very rewarding to cause as much social destruction as possible while playing as close to a villain.

The poignant, choice-based experiences such as Hindsight20/20: Wrath of the Rakshasa offer a more nuanced view of morality. Triple-I Games, an independent developer, has carved a unique niche in this gray-area philosophy. They encourage multiple playthroughs of their third-person action-adventure. This allows players to see how their choices have affected the story quickly. The combat becomes less interesting as the players try to create a predictable structure that will benefit their choice system each time they play the game.

Story – Your choices are yours

When the game starts, Jehan’s Champaner hometown is already in ruins. As the one-armed protagonist pleads with the Gods for help, you take control. He is granted his wish and sent back in time. Jehan learns that the enemy Rakshasas destroyed King Marcos’ kingdom and sets out to stop these sick creatures from destroying their home. Jehan also seeks to forget his guilt at being absent when the fighting began. It’s a strong fantasy setup that gives Champaner a clear goal.

Hindsight is a compelling narrative experience. This puzzle takes a traditional fairy tale and transforms it into a puzzle. It’s not as easy as “good actions = good ending” or “bad actions = bad ending”. After making the best decisions possible, I realized this at the end of my first playthrough. These kind actions led to the deaths of some characters. This made me want to jump into another playthrough and try to change.

After learning the dungeon route, this title will tell a brief story that can be finished in about two to three hours. It doesn’t take long to see the effects of different actions on the story. I haven’t yet found the perfect ending after three playthroughs. I am not trying to save Champaner but rather to see the consequences of my decisions.