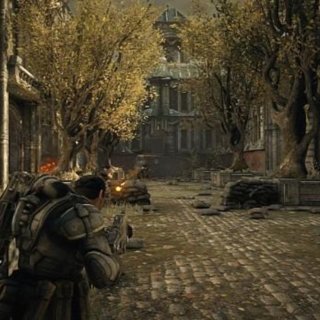 Bleakmill, the developer, and Headup, the publisher of Industria, have set a release date.

Industria, due to be released on September 30th, will transport players to a dark, mysterious conspiracy about the fall of the Berlin Wall. It is a narrative-heavy FPS with a lot of atmospheres.

The preview’s press release is here:

“INDUSTRIA” is set in 1989, just before the fall of the Berlin Wall. You play the role of Nora, a scientist who is searching for her missing lover and friend. A mystery leads you to Hakavik in a parallel dimension, where East Berlin’s brutalist architecture blends with futuristic robotics and strange technological apparatuses.

INDUSTRIA is a combination of classic narrative FPS games from the 2000s and satisfying gun combat. You will need to manage your resources to gather information and four guns to combat the mechanical monsters that roam the game’s dystopian world.

Industria, which has been in development for six years, is a small creative team’s passion project. Bleakmill’s Co-Founder David Jungnickel said that he was excited to share the surreal sci-fi world his small team created. We wanted our debut title to be ambitious in its narrative and visuals and simple mechanics and experience. We are excited for everyone to enjoy the twists, turns, and surprises for themselves on September 30, 2010.