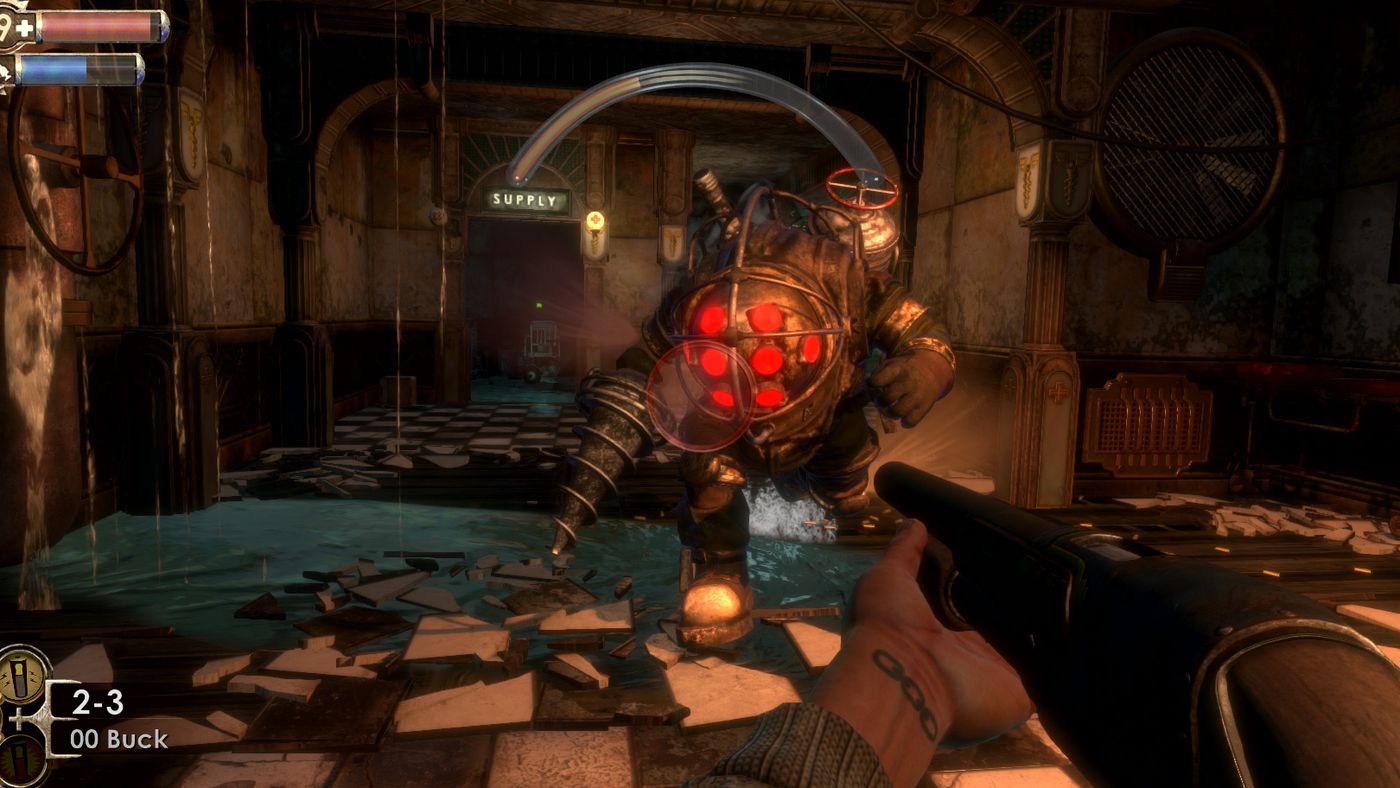 A complete arsenal will be at your disposal, including simple revolvers, grenade launchers, and chemical throwers. However, you may also have to genetically alter your DNA to make a more deadly weapon: You.

BioShock is unlike any other shooter you’ve played before!

The social commentary on capitalist political philosophy, such as that of Henry Ford, Ayn Rand, and Adam Smith is spot on. It does a great job at the beginning with its secondary theme, an atmosphere of horror. The game features several enemy and scene changes that increase the fear and tension. This game is great and it’s easy to see why it’s a classic. This game is available for free at FreeGamesDL.

It felt a little low in quality at the beginning, but it became more dramatic mid-way and had an impact when it mattered.