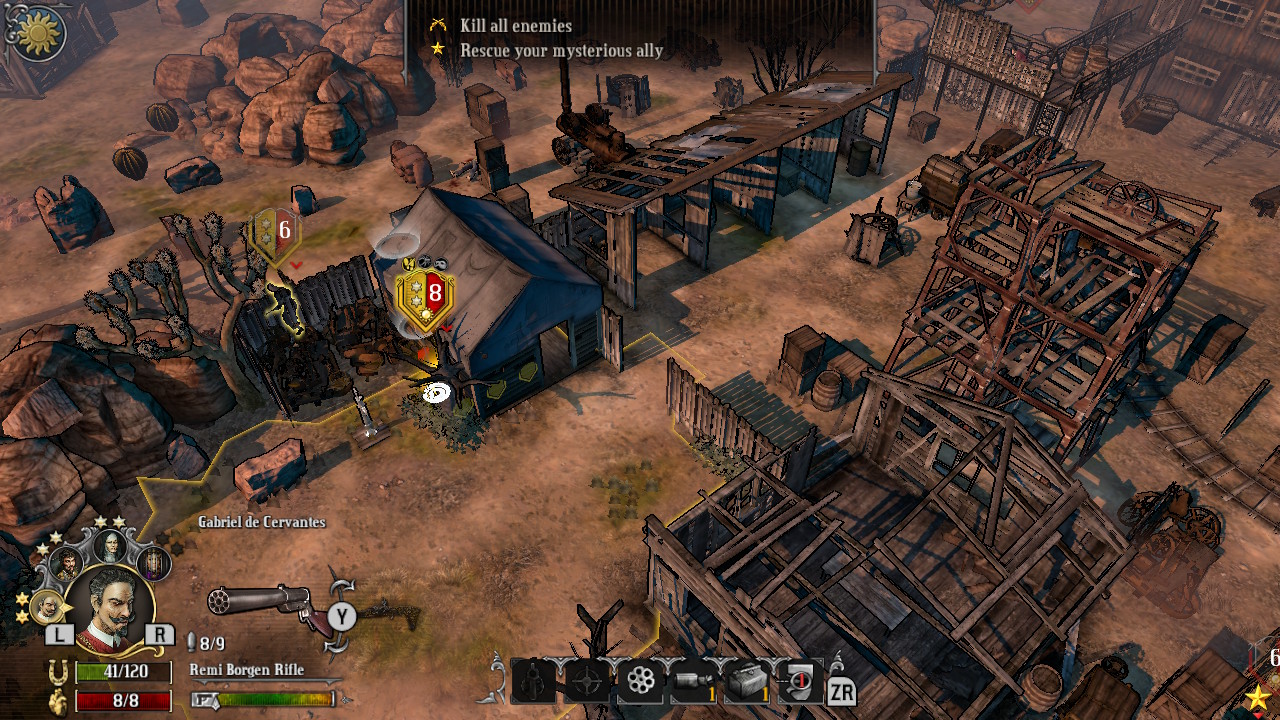 About the Hard West

Every character begins each combat turn with two action points. These can be used to purchase a move or shot, but most weapons immediately end a character’s turn once they are fired. Two types of cover are used in the game to lower damage and chance of getting hit. Half-cover is made up of low barriers, while high barriers provide more protection.