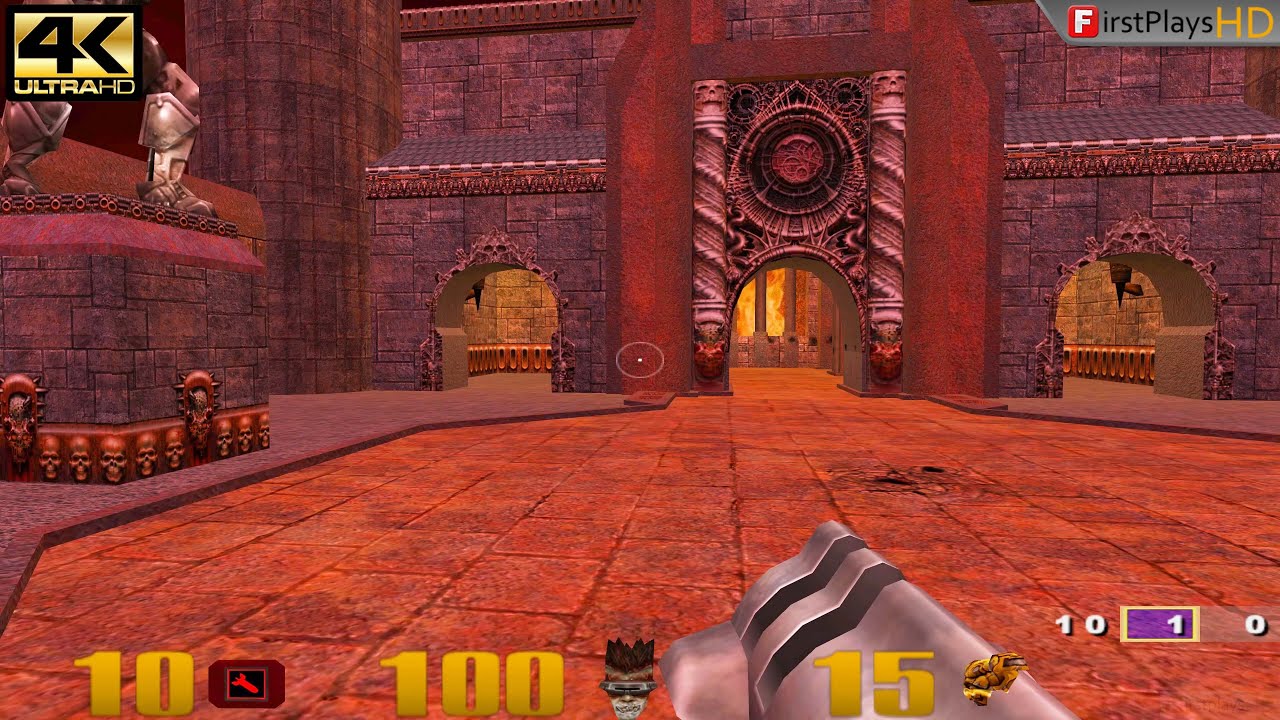 Quake III Arena, a multiplayer-focused first person shooter video game, was released December 1999. Quake III Arena is not a single-player campaign like its predecessors. It simulates multiplayer with bot-controlled players. The game’s story is short: “The greatest warriors of the past fight for the amusement and entertainment of a race called Vadrigar, in the Arena Eternal.”

The intro video shows Sarge being abducted while making his last stand. The inclusion of biographical information and player models ensures continuity with previous games in the Quake series, and even Doom. You will find a familiar mix of technological and gothic map architecture, as well as specific equipment, such as the Quad Damage powerup, the famous rocket launcher, or the BFG super-weapon.