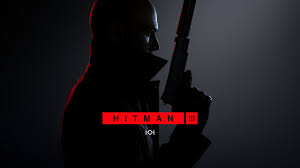 HITMAN is the last entry in the World of Assassination trilogy. It has been available for almost a year. Developer IO Interactive confirmed the release of new content over 12 months that began on January 20, 2022. The roadmap was presented to the public as part of their announcement. In 2022, more details about the new content will become available.

In 2022, Hitman 3 will be able to support Ray Tracing on a PC. Ray tracing allows you to simulate light realistically. Computers can accurately reproduce shadows, reflections, and highlights using ray tracing. This technique is used to add realistic lighting to games. It has been featured in many of the most recent titles. IO Interactive and Intel have worked together to ensure the best possible performance and optimization for players of PCs. The game supports 8+ core CPUs and Variable rate Shading, which improves rendering performance and enhances quality.

It was also announced that VR would soon be available for the game on PC after being supported by PlayStation VR. They said that they would provide more technical information about the supporting platforms before Year 2.

A major update of the game is planned for Spring 2022, according to the Year 2 roadmap. The developers did not disclose any details, but they said that more information would be revealed later.

HITMAN3 was released on January 20, 2021, and received positive feedback from users. The World of Assassination trilogy consists of three games: Hitman 2, Hitman 2, and HITMAN3. They have amassed a staggering audience of more than 50 million players.

HITMAN 3 is now available for PC, Xbox One, Xbox Series X/S, and Xbox X/S. It also works on PS4/5, Nintendo Switch, and Stadia.