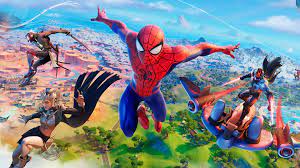 Chapter 2 Fortnite has officially ended. Now it’s time to move on to the next chapter, Chapter 3. A new chapter introduces a new world, characters, new content and new gameplay. Let’s get right into it and see what Chapter 3, Season 1, brings Fortnite.

Fortnite Chapter 3 Season 1 has been released and is available for PC, Xbox One, Xbox Series X/S and PS4/5. The FortniteChapter3 Season 1 Battle Pass is also open.

The new season begins with Chapter 2’s world being flipped over, revealing a new world for you to explore. It’s hard to say goodbye to the island you loved, but there are plenty of unique islands to explore.

The snowfield is located on the western side. You should be aware of places like the Greasy Grove in suburban and Logjam Lumberyard in industrial areas. According to legend, the snow will melt at some point. The snow will melt, revealing secrets and possibly new areas.

You don’t want to be buried in snow? Then head to the eastern part, which is more tropical and warmer. The Sanctuary and The Seven are located in the low east. You can get special quests at the Sanctuary, which is worth visiting. You can communicate with The Scientist, The Seven’s mastermind, using The Device. These quests unlock secrets that are beyond the scope of The Seven. It would help if you also kept an eye out for the Daily Bugle web coverage.

GO CAMPING WITH THE NEW TENT

It won’t be easy to traverse the island. You’ll want to rest and stop. This is why the new tent item was created. Tents can be shared with your squad to allow you to heal or stash items. Stash up to three things that you can use for future matches. The third slot can only be used for collecting items. This slot must be rented with Bars. There are many tents available on the island. Even if you are done, you don’t have to take your tent with you. You have the option to keep it if you wish.

You can take a tent with you to rest and recuperate between exploring and battling.