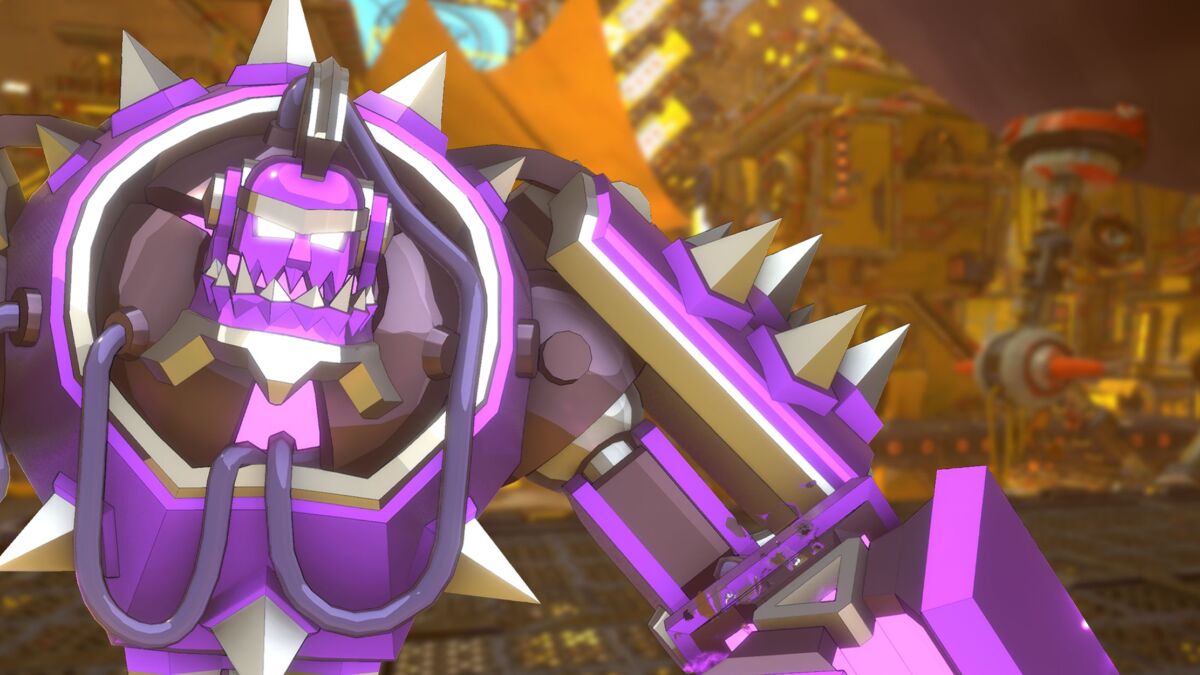 Gun Jam was first teased in 2020 via a tweet from Dan De Rocha. This shows an early build of Gun Jam in action. The game was still in development, so many assets and design aspects have been updated over the past two years. The new teaser features a vibrant, techno-focused art style and a world design. It’s only five seconds long, but it’s still better than nothing.

Gun Jam is set in Mabel, and a city ruled over by the Beat. People who listen to The Speaker are forced to follow the Speaker’s orders. You’ll play as a rebel to shake The Speaker’s grip on the populace.

Gun Jam has multiple weapons, and players can listen to their music. There are three flavours of Gun Jam: EDM (Trap), Metal (Metal). The Speaker’s hypnotized goons will have players using a variety of weapons.