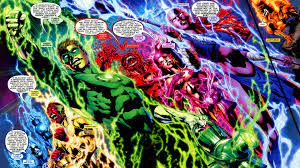 The Red Lantern Is The Perfect Escapism For Modern Times

The end of 2021 and the start of 2022 got off to something of a rough start for me. Initially, I was supposed to participate in a semester-long university exchange abroad. To me, this was the adventure of a lifetime and one of the reasons I first applied to university. Unfortunately, when rising Omicron cases became a worldwide safety concern, the university I was supposed to go to ended up cancelling all inbound and outbound exchanges.

To say this was a huge blow was an understatement, but one of the ways I found comfort was by getting back into a hobby I had let collect dust due to my studies: video games.

One of those games was the Red Lantern, which I initially saw being streamed. Though lacking in terms of gameplay mechanics – your character is railroaded through the trail with random encounters popping up throughout – the story, as well as the rest of the game, really caught my attention.

Red Lantern follows an unnamed character and her Siberian husky Chomper. After having failed med school, your personality – otherwise known as The Musher, who is voiced by Ashly Burch – packs up her life and moves from San Francisco to Alaska, where she adopts a bunch of sledge dogs and takes over her friend Margot’s cabin marked with a red lantern. The trail to this cabin makes up most of the game, where you train each dog that you adopt, develop your bonds with each pup, and progress the story.

As previously mentioned, there isn’t much of a game here if you solely want to think about it in terms of gameplay value. The Red Lantern puts you on a path, and most of your decisions amount to go left, go right, check out this weird thing, hunt this animal, observe this animal, or pet the dogs in camp.

Scratch my previous comments; the fact that you can pet dogs makes this the best game since the last excellent dog petting simulator, Red Dead Redemption 2.

However, honestly, despite this, The Red Lantern is an enjoyable, interactive experience. The last game I played, which allowed me to interact with dogs on such an intimate level, was Nintendogs on my sister’s DS. It feels oddly cathartic interacting with these dogs.

Another reason I enjoy it is that the art style reminds me so much of another one of my all-time favourite games, The Long Dark. Initially, I assumed they were by the same art studio just by how they looked. The sad thing is that, comparatively, unlike The Long Dark, which has enough replay value to stay fresh for a long time, Red Lantern can quickly get very repetitive.

But that’s ok. For the first game from indie developer Timberline Studio, Red Lantern is a unique experience. While very simple to play mechanically, its main appeal is the dogs. It’s been a long time since the games industry has produced a game that predominantly focuses on raising a man’s best friend. Outside of that, the Musher’s self-reflective monologues stand strong well enough on their own to help navigate the player through the game’s bare story. The soundtrack by Hrishikesh Hirway is another aspect that I adore. Whether it’s the soft acoustic guitar when you’re safe at camp or the tense music when something happens to one of your dogs, it breathes that extra bit of life into the Red Lantern.

But above all that, and like any great piece of gaming or film, it’s a lovely piece of escapism. It allows you to turn your brain off to the world and not overthink. In the same way, the game Journey lacked implicit storytelling and made up for it in gameplay. What Red Lantern lacks in gameplay value, it makes up for in being a simple piece of interactivity that allows you to escape into a different place briefly.

It’s not going to be for everyone, and that’s fine. Not everyone can get their kicks from leading a team of doggies on a railroad with only a few encounters here and there. But there will still be those who relate to that feeling of life kicking them in the face and finding solace in something else. For some, it may be a crazy decision about moving to another country and start a new profession. For others, it might just be a simple little game that allows them not to think about the world outside for a few hours.