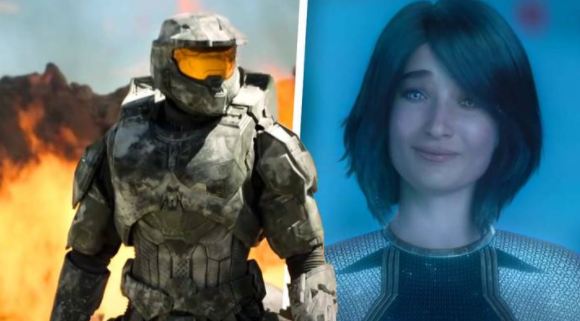 The Trailer for Halo TV Series has Split Fans’ Feelings

The Trailer for Halo TV Series has Split Fans’ Feelings

If you didn’t notice, a new trailer has been released for the Halo TV series. It gives us the release date, which is March 24. We also get a closer look at what to expect from the series. It’s certainly interesting.

Observing certain aspects of the trailer, it is clear that this will not be the same story as the first game. It seems like there are various plot points from different competitions taking place here. Is there Halo actual music? Sacrilege.

Fans are divided about whether it will be good or bad. Reddit has been full of discussion. NobilisUltima said that some of the content is great, while others aren’t. “It’ll all come down to writing and performances, and it won’t just be about effects quality for me.

The optimistic users are the majority, though most thread members express their disappointment by saying that they don’t understand Halo. Music and atmosphere are a big part of why the original games were great. Th3HedonismBot wrote that this is not being understood by those producing the show. TheLostColonist added that “my biggest concern is that key narrative points are changing and the music is left out. It just doesn’t appear like it is being produced from people who are fans the games.”

The series will air exclusively on Paramount+ on March 1, regardless of what happens. It stars Pablo Schreiber, Natascha MacElhone, Cortana Taylor, and Dr. Catherine Halsey. Yes, Cortana was voiced by the original voice actor, even though she’s not blue anymore. That’s something…