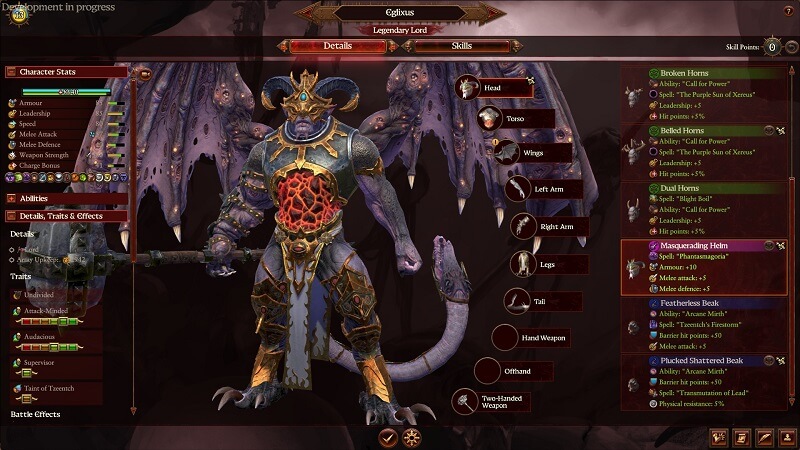 Creative Assembly’s latest Total War: Warhammer 3 preview was a surprise to me. The game will launch with eight playable races. I didn’t expect to battle the Daemons Of Chaos, which are dedicated to Chaos Undivided. After taking Cathay and them for a spin through its flagship grand campaign mode and learning more about Warhammer 2’s Vortex, I eagerly await its full release.

Total War: Warhammer 3’s campaign centres around the search for Urson, the Bear God of Kislev, who has been imprisoned and wounded deep within the Realm of Chaos, the main antagonist of the game. Each race seeks Urson for its reasons. They want to end his suffering or restore him.

All races begin the grand campaign in this mortal world. However, Urson occasionally will and creates rifts that spew Chaos corruption into this world. This allows all races to send expeditions to each of the four Chaos Gods’ domains. If you push hard enough, you can fight their champions, which, when defeated, drop souls. To face Be’lakor in a final, decisive battle and determine the fate of the Bear God, you must have all four souls.

Tzeentch’s penchant for tricks was immediately apparent when he entered the domain. It is not easy to find his champion, Tzeentch, because navigating the Changer Of Ways’ fractured world requires the use of paired portals. However, you don’t know which are linked until revealing their symbols. This can be done by interfacing with bright spots on a map or defeating the gods defending armies.

While blindness is possible, other factions may also be interested in claiming the souls. The rift will collapse after a specific time, and you’ll have to wait until another one opens. You can choose the god’s champion you want to aim for when you first enter. Additionally, you can jump between each god’s realms using a specific rift gate.

Navigation through Tzeentch’s domain is a fitting metaphor for the god’s unpredictable nature. However, I worry that the portal mechanic might become a little annoying. You have two options while inside: the race for the champion’s soul or attack other factions doing the same thing.

This has both internal and external repercussions to the Realm of Chaos. It acts as an area of the map broken off, where your kingdom could and most likely will be attacked.

Nurgle’s Realm is, however, much flatter and has a more significant number of Plague Lord’s minions. You’ll need to search for spots on the map to replenish troops or change stances to keep your units full. You can allow other factions to summon the Gardener, but this will reduce your chances of winning.

The eighth Warhammer 3 race that includes the fallen Kislevite who wounded Urson leads them. His race is now a Daemon prince serving Chaos Undivided and has access to all the units on the rosters from all four Chaos Gods. They can mix and match these units right away. Your Daemon Prince can be named, which allows you to customize your Daemon.

Daemonic Glory is a resource that the race uses to defeat enemy armies, conquer settlements, dedicate them to a Chaos God and complete missions. It can also be obtained passively from buildings.

They are divided into five tracks, each for each god and one for Chaos Undivided. You can also access new, more powerful units from the god’s roster at specific points in each track. You can dedicate your Daemon prince to one god or Chaos Undivided once you have reached the end of a way for extra bonuses.

It is possible to fight a battle as a plague-spewing, tanky beast and then take on another as a drow sorcerer of Tzeentch with deadly pincer arms. This would be worthy of any champion from Slaanesh.

The ability to build or recruit units in conquered cities is determined by how you dedicate them. Even if you have all the necessary structure requirements, you still need to earn the Daemonic Glory required to unlock the units. You may eventually want at least one major city dedicated to the gods to utilize the faction’s building and unit options fully.

You can also use specific abilities by accumulating enough Daemonic Glory, such as Tzeentch’s teleporting stance (which acts similar to the dwarven underway), Nurgle’s plagues (which affect only as buffs/debuffs but don’t have the spreading mechanic of the faction), and Slaanesh’s seduce units ability which allows you to pay gold before you fight to join your enemy units, weakening them temporarily.

The ability to mix and match body parts, each of which is reflected in the Daemon Prince’s character model, and unit from all four Chaos Gods’ rosters feels fantastic and makes it easy to be at war with any non-Chaos groups you encounter,

It was a stunning sight to see your avatar transform into enemies while armoured Khornate warriors battle side-by-side with an incredibly cheerful Beast of Nurgle and deadly yet seductive Daemonettes.

Grand Cathay is a Warhammer faction that plays more like a traditional Warhammer faction. However, it has its unique flavour. You will need to focus on Miao Ying’s defence of The Great Bastion, which separates Cathay and the twisted deserts in the Chaos Wastes, while pursuing Urson when rifts become open.

Tzeentch has broken the Serpent Gate, one of three gateways Cathay and its allies can reinforce. You will be retaking the gate and dealing with rebel lords from your side in your first attempts.

As enemy activity in Chaos Wastes grows, the Great Bastion’s threat level increases. It can be reduced by turning the Wu Xing Compass in the direction of the Bastion or by eliminating Chaos Armies from the faction designated as a threat.

In the 50 first turns, I dealt with marauders whose armies were not necessarily decisive. It is possible also to try to raze enemy settlements close the wall. However, heavy attrition, a high probability of being ambushed, and heavy attrition make it more difficult for the early games.