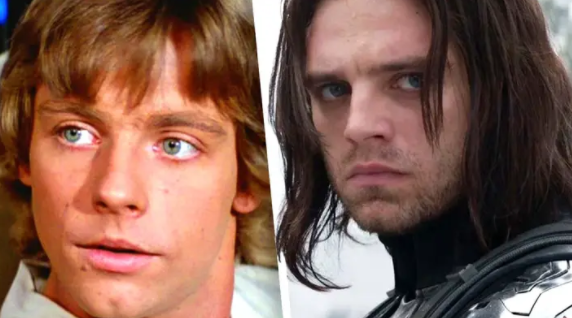 Sebastian Stan says he could be Luke Skywalker one day

Sebastian Stan says he could be Luke Skywalker one day

Sebastian Stan is best known for his role in the Marvel cinematic universe as Bucky Barnes. He was also the Winter Soldier. However, he has gained some reputation for being a perfect copy of a young Luke Skywalker in recent years. Mark Hamill has joked that Stan could be his son and compared their similarities.

People have been pressing Stan to portray a young Skywalker in the future naturally. Stan is aware of how many fans want him to play the role. There have been numerous face swaps and edits, and fan art.

A recent interview with Esquire raised the question of whether we would ever be able to see our dreams come true. He isn’t saying no. “Look, it’s nice. Never say never. Mark Hamill is my dad, you know. I call him every Christmas to tell him that I am still around.

This isn’t the first Stan has answered the request – in an interview with Good Morning America last march, which was held to promote The Falcon, Stan said that if Mark Hamill calls him personally, he would tell him that he wants to share the role with us.

Thanks to technology, Hamill made a comeback as a younger Skywalker in The Mandalorian. However, there is only so much you can do without making it look utterly unrealistic so that’s not a permanent solution. Stan is not yet in the plans, but there are plans.

Advertisement
Sebastian Stan says he could be Luke Skywalker one day