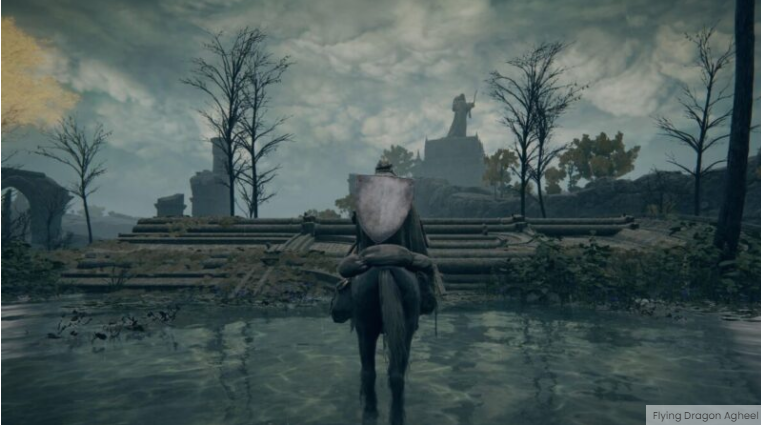 Elden Ring: Where can I find Flying Dragon Agheel?

Elden Ring: Where can I find Flying Dragon Agheel?

You will likely fight a dragon if you play a Soulsborne-based game. This is true for every Soulsborne game FromSoftware has released, except Bloodborne. Elden Ring has no exception. It’s the same trend that randomly appears to knock you down, as in Demon’s Souls or Dark Souls. Here is where Flying Dragon Ageel can be found in Elden Ring.

Agheel is located in Limgrave ‘s middle of the lake.

The focus of the area is only one lake. However, if you are having trouble finding it, try some torches. You’ll see them as you approach what appears like excavation or pilgrimage. Then, a dragon will appear and light up the entire group spectacularly.

You’ll end up in their company if you get too close. But if you take your time, you can have your first chance at Elden Ring’s boss. Agheel can be deadly and fast, so fight him behind your spectral steed, Torrent. If you try to fight him on foot, you will be a burned cinder in the dirt.

You’ll want to ride up on his claws, swing-away two to three times and then return when he is perched on the ground. You can expect him to use swiping, biting, and flame attacks. He will also telegraph these with a significant motion of his body. He rarely uses his tail attack.

You’ll eventually ride out the flames of this beast and earn a Dragon Heart as a reward for your efforts. This can be used later in the game to gain favours at Draconian Church and is a badge that you have defeated this beast.

Advertisement
Elden Ring: Where can I find Flying Dragon Agheel?