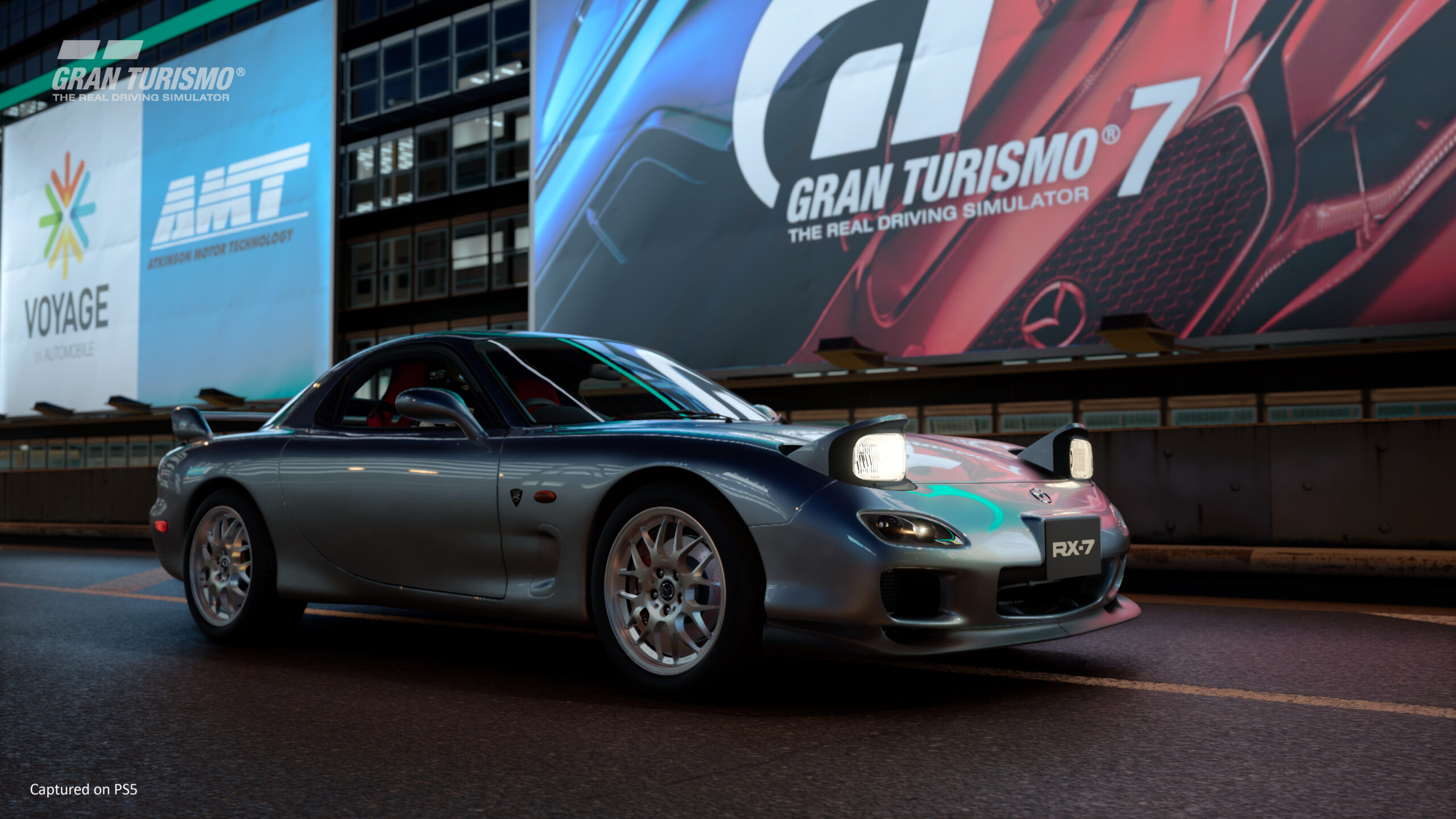 Gran Turismo has become an institution. Gran Turismo is the series for you if you love all things petrol and engines. There are many simulation racing games, but none that are as accessible and yet as complex as the GT series. It’s impossible to get to seven games without finding a winning formula. Gran Turismo 7 continues this trend, although it sometimes feels like it gets in its way.

GT 7 is an excellent racing game on the track. GT 7 is a simulation so you won’t be power gliding around corners or ramming your opponents off the track like Burnout. However, it is pure automotive bliss. Gran Turismo 7’s track layouts are one of the most rewarding racing experiences. The heavy simulation makes every turn and passes feel like a fist pump-worthy achievement.

Gran Turismo’s handling and physics require excellence, but there are mountains of driving aids and overlays that will help you succeed. Gran Turismo 7 isn’t like other racing games that reward players who use less assistance to earn more credits. However, it doesn’t discourage learning and can be seen as discouraging. There’s nothing wrong with not punishing players who choose (or require) more assistive driving. No matter your skill level, everyone is encouraged to drive on the tracks.

Gran Turismo 7 is also the most beautiful game on PS5. Gran Turismo 7 looks stunning despite the fact that next-generation consoles have been available for almost 18 months. Although racing games are often the benchmark for graphics in video games, it is always fascinating to see the sun setting on tracks like Nurburgring and Dragon Trail. These photo modes are great for games such as this. Just make sure you don’t give the PS3-looking spectators too much attention.

The racing experience is enhanced when you can see the sunset during a race, especially for longer races. Gran Turismo 7’s 5–10 day/night cycle makes it feel more real. However, the race transitions from day to night during a race feel more real. Weather can also change dynamically, with sunny races at Tsubaka Circuit sometimes changing into downpours, creating new challenges.

Gran Turismo 7 makes driving in the rain feel more important than in any other racing game. Rain seems to make the car slide a bit easier in other titles. However, GT 7 has additional obstacles that make it more difficult. Your brakes are rendered useless as the track is filled with puddles. Although it’s difficult to navigate, it is rewarding when you do.

Gran Turismo 7’s track action is amazing, but it’s off-track action that makes things more difficult. GT7 has brought back the World Tour career mode, which allows players to travel around the globe and build cars for competing in various championships. You’ll be able to complete missions and get licences along the way which opens up new possibilities.

GT7’s World Tour mode has a nostalgic feel. This is mainly due to its similarities to GT4s. Anyone who has played the PS1/PS2 Gran Turismo will be triggered by the countdown tone at the start of the licence tests. It’s a shame that this game’s licence test doesn’t allow Oh Yeah by Yello to begin playing. But that’s another story. World Tour is not just a compilation of the best hits. It also offers a greater level of customization for the car and driver, which enhances the experience. The blueprints can be shared online so everyone can enjoy them.

Gran Turismo 7’s greatest mistakes are made in the World Tour mode. Gran Turismo 7’s mode and Gran Turismo in general aims to celebrate the history, culture, and beauty of motorsport. However, unless you are a true petrolhead, it won’t be that much of a problem. Otherwise, it will seem so boring and unimportant. It’s obvious that Polyphony loves cars, but it seems a little excessive. The moment when someone has designed a Mazda once is able to rock up, and the game treats the game like Beatlemania. But the layman will be pressing the X button to go through the dialogue to get to the racing again.

Gran Turismo 7’s World Tour aims to treat automotive culture as a community. The player visits a cafe every so often to get new quests, meet other racers, and learn about their personalities. Every character you meet in the game is presented as a stock photo of an unidentified person with their speech written in the most formal way possible. It’s a half-measure, an attempt to get you to care more about people you share tracks with.

Although World Tour mode’s design and focus feel small, it is important to remember that these little details are what makes Gran Turismo 7 so special. Gran Turismo 7’s Menu system guides you through Gran Turismo 7’s different car manufacturers and types. However, the Menus are presented sequentially so that you don’t have the option of choosing how you want to progress. You are instead held through the majority of the game, which can be frustrating.

You also feel like a joke when you receive your rewards. You’ll sometimes be given Roulette Tickets. These tickets offer you the chance to win a randomized reward. These are basically a loot containers, but you can see the five prizes you could win when redeeming them. You’re almost guaranteed to win a prize if the board has a money prize. Although you could win a car but I have only opened 20 and have never won, it is possible that the probability of winning one will be altered in future patches.

You would be spending $35-$40 to buy multiple cards with a total cost of over 3,000,000 credits. You can earn credits in-game and there are many events that pay out high, but it is difficult to ignore the huge amounts of real-world cash you could spend to unlock all the cars.

Those worries and concerns seem to disappear once you get started racing. Gran Turismo 7’s actual gameplay is a masterpiece. Gran Turismo 7 is a great choice for anyone who loves simulation-heavy racing games. You could make it even more enjoyable, especially when you consider the Roulette Tickets.

Additionally, it should be possible to skip exiting and re-entering the game when I’m taking licence tests or missions. It could be possible to adjust the Menu system to allow players to choose which discipline they want to concentrate on, rather than going one by one. This would encourage player choice and make it more about how car enthusiasts live their lives. The new Music Rally feature is a loving tribute to old-school, checkpoint-based racing games. It could have been integrated into the game rather than being an optional mode that you can use if your PlayStation doesn’t connect to the Internet. Let me earn credits just by listening to Idris Elba rap.

Gran Turismo 7’s gameplay is unrivalled. There are enough options to satisfy both experienced and novice simulation players. Gran Turismo 7 is a great simulation game, but it’s the time between actual tracks moments that can get in the way. With some tweaks, Gran Turismo 7 should be even better.