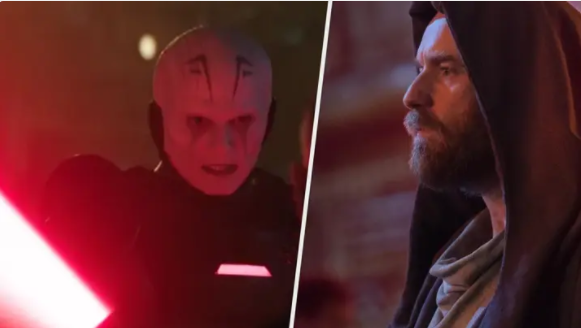 Star Wars fans are having a completely different experience than usual over a minor detail that doesn’t really matter in the grand scheme.

We finally saw the Obi-Wan Kenobi Disney Plus miniseries last night. It looks amazing. Ewan McGregor returns as the Jedi Knight. He’ll also be meeting the Inquisitors, high-ranking Empire members who specialize in killing and hunting down Jedi.

Star Wars fans who are serious about Star Wars can find a lot to be excited about. Star Wars’ Inquisitors are an integral part of Star Wars lore that has never been seen in live-action.

Viewers of Star Wars Rebels animated will have noticed that The Grand Inquisitor, the group’s fearsome leader, is among the familiar faces who are set to make their live-action debut. Some fans aren’t happy with his new appearance.

There are certain differences. The animated Grand Inquisitor looks a bit more serpent-like and gaunt than the animated version. The live-action version is still impressive, but it looks a lot more human.

Most of us will be happy to accept that it isn’t quite as good and continue our lives. However, there is a petition asking Disney to “fix” the character before Obi-Wan Kenobireleases May.

The Change.org petition states that 2005’s Revenge Of The Sith saw the Race of the Grand Inquisitor, the Pau’an executed perfectly. The upcoming Disney Plus program will feature the Grand Inquisitor as an animated humanoid with a round head. He is completely different from the rest of his race and his animation counterpart.

“I beg Lucasfilm and Disney for help in rectifying this huge oversight for continuity and the critical atheistic to the menacing character.”

The petition currently has 23 signatures at the time of writing. Don’t be too hesitant.