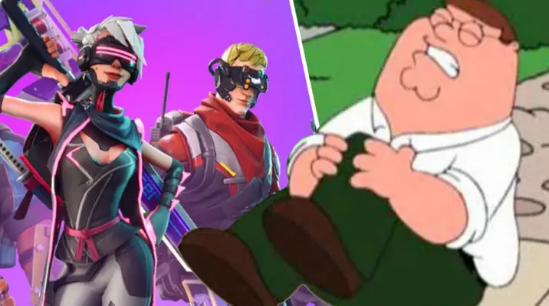 It looks like Family Guy is coming to ‘Fortnite.

It looks like Family Guy is coming to ‘Fortnite.

Epic Games’ State Of Unreal (5 April) was a hot topic. People have been looking at the footage for possible leaks and discovered that Fortnite might be getting a Family Guy crossover.

Unreal Engine 5 showcase, which was a kind of debutante’s ball, contained lots of exciting information for gamers. One of the most important announcements was that Crystal Dynamics (developers of the Tomb Raider reboot) is currently working on a brand new game for the franchise. It has been developed using a state-of-the-art engine. People were not only focused on the games that were publicly announced.

It is not the first time that people have believed the Griffin family was coming to Epic’s battle royale Fortnite. Dataminers discovered video clips of the cartoon in Fortnite back in February 2021. Although there was no evidence of a crossover, classic scenes like Peter’s knee injury or his lengthy fight with the man in the chicken suit gave everyone hope for a crossover.

The presentation revealed that the rumours were resurrected after a small detail was noticed. One Twitter user Polaqwym took a screenshot during the extended section of Fortnite, which showed a developer’s computer setup. There were several folders with different titles on the right-hand side. One of these folders was called Family Guy and this is what led to the revival of the rumours. However, other folders such as Doom were also visible.

Fortnite has been known for crossing with any property it can get its hands on. Master Chief and Rick and Morty all managed to make an appearance. So while this may be a hoax, it would not be surprising if Peter Griffin parachuted down to the island.

Advertisement
It looks like Family Guy is coming to ‘Fortnite.