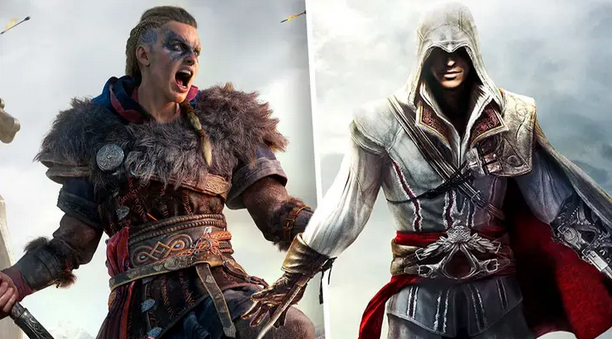 The Assassin’s Creed series can be quite chunky. It’s not easy to manage 12 mainline games and the most recent one took almost 60 hours just to complete the main story.

Some people find that playing games are not enough. Kotaku reported that one streamer completed a nine-month quest to finish all 12 titles. Why not?

Hayate Bahadori started this grand mission in October last year with, the original Assassin’s Creed. He’s been working his way through the entire game, playing every difficulty level, and restarting the entire run if his health bar drops below 100%.

You can imagine that all of this required a lot of practice and planning. The streamer also refused to rely on luck and was determined to avoid using any strategies that were too dependent on luck. Bahadori claims that he failed approximately 1000 times during the entire process and spent a lot of time playing. Most of the games took approximately 100 hours to complete. Valhalla took an estimated 800 hours.

A section at the end of Brotherhood where Ezio uses The Apple of Eden proved to be extremely difficult. You’re confronted with random enemies who are ready to fire crossbows at you. Unfortunately, this was the reason for many failed runs. The streamer was able to make it, and his unfathomable determination makes it all that more remarkable.

Bahadori’s runs are all available on his YouTube channel. You can view the seemingly effortless attempts in all of their glory. I don’t think that I will be taking on this challenge any time soon.