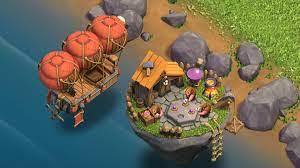 The building system overhaul is one of the most prominent features of the upcoming Conan Exiles update. It is a core component of the game’s gameplay. However, it can be cumbersome in its current form, especially when working under pressure.

Funcom, a developer, says that update 3.0 will change all of this. He points out that Conan Exiles’ building overhaul is meant to make it as easy for players who use keyboards and controllers. “

This is how you interact with the entire process via a newly-built user interface that can be accessed through your Construction Hammer.

The new menu displays all building materials, crafting stations and decorations under separate tabs. To make it easier to find specific items, you can filter the items by subcategories.

The green background indicates items that you have sufficient materials. A number at the bottom right corner means how many you can make before running out. If the desired thing is on a red background, then you will need to go out and get more materials.

Conan Exiles’ building system overhaul allows you to right-click and toggle between removing or adding pieces. To quickly switch between an article you have already placed, aim at it and click the middle mouse button. According to the developer, the overhaul was also created with mods in mind.

Modders will have the ability to create their sorting of placeables and building blocks by using new gameplay tags. A blog post about the game can be found on its official website.

Conan Exiles 3.0 will launch sometime in Q3 2022. It will also kick off the Age of Sorcery. This sees the game moving to a seasonal format for post-launch content.