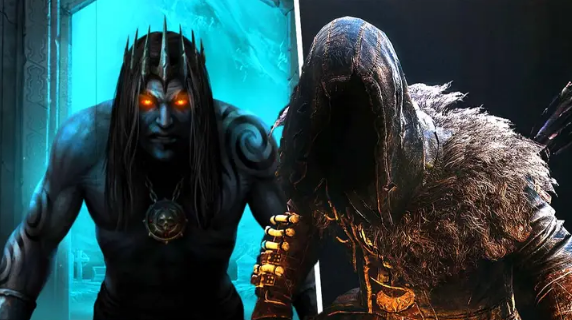 You Can Claim Three Free Games Right Now, Here’s How

You Can Claim Three Free Games Right Now, Here’s How

This is great news for those who procrastinate about finishing that massive open-world video game they say they will get around to but never do. Accept that it won’t happen. Let the backlog handle it.

You don’t have to be in denial anymore, or just want to increase your backlog. VG247 reported that you can get three PC titles completely free right now from the Epic Games Shop. All you need is an Account.

Hood & Legends is the first in our charming trio. It’s an action-packed multiplayer game that features: “Faced against a merciless and unchecked government, rebels & rogues fight to claim their place among legends,” it reads. Rival gangs compete to rob the rich and gain influence over oppressed populations. Only the most talented will be able to escape with hard-earned wealth, whether they are a folk hero or a gold-hungry outlaw.

You may recall that Hood & Legends was a free monthly title offered by PS Plus back in April. If you didn’t get it then, or if your preference is to play on a PC, now’s the time to grab it.

Next, we have Genforge 1: Mutagen. This indie role-playing game title by Spiderweb Software is described as “a unique, truly free-range fantasy adventure set in a strange and new world.” This game sounds really interesting. You can play however you like. You can choose to fight in any manner you like, or not at all, and you can even switch sides and side with the boss if you feel a little chaotic. You should check this out if you find any of these sounds interesting.

Iratus, Lord of the Dead is the final tactical roguelike RPG. You’ll be “leading an army of undead in support of an angry necromancer’s quest to reach the surface and bring down the mortal realms”. It’s hard to imagine anyone not wanting to do this.