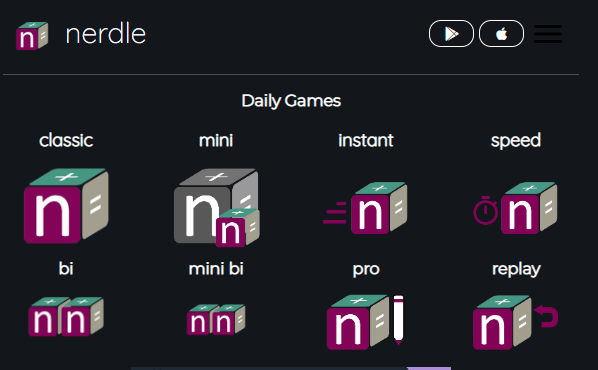 Nerdle is a paradise for all the equation lovers out there.

This game is inspired by the famous game “Wordle”, which is word solving online game. In it, you try to guess a 5 letter word in 6 attempts. As you enter a word, the characters are coloured into three categories

If a letter is coloured Grey, it means the letter is not found in the puzzle word.

If a letter is coloured Yellow, it means that it is present in the puzzle word but is not correctly placed.

And if it’s coloured Green, it means the letter is present in the puzzle word and correctly placed.

Nerdle has the same mechanism as Wordle, but what you guess will be an equation with the same rules and coring instead of a word. To make it interesting without making it too easy, you can enter the ten digits 1,2,3,4,5,6,7,8,9,0 and five symbols +,-,*,/,=

Once you put the numbers and symbols of your choice, they will be coloured depending if it exists in the equation, are incorrectly placed, or it does not exist.

Like Wordle, Nerdle comes up with a new puzzle every day and lets you attempt it to exercise your mind. It’s quite tricky though, so don’t lose hope if you don’t get it on your first attempt