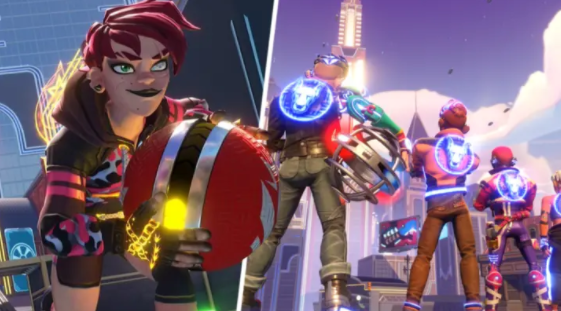 Critical doesn’t always equal commercial success. This is precisely what we’re telling you. EA published Knockout city – the multiplayer online dodgeball-like in 2021. It received very positive reviews. It seems that it has not gained enough popularity to allow online elements to thrive. In an EA post, Velan Studios announced that it would be free-to-play after its first anniversary.

The company tried to make sports battlers free to play in the past. The knockout city was part of November’s PS Plus line-up. The devs seem eager to attract as many players as possible. Developers will also publish the title self-publishing, giving them more control.

As the fifth season draws to an end, Velan Studios is ready to transition to Knockout city. It is stated in a blog post. “We are really excited to bring our games to millions of players all over the globe, and have removed the entire price tag.” Don’t worry if you have already bought the game. There are bonus offers for early adopters.

“With all that said, we want to take a moment and thank our day one supporters for buying Knockout city and supporting from the beginning. We are driven every day by your loyalty and dedication to building our world. Without you, we wouldn’t be where we are today. We will always prioritize our community and have created a Season 6 Loyalty Bundle for players who purchased the game before Season 6. It includes legendary cosmetics, XP boosts and 2,000 Holobux.

The switch won’t happen until Season 5, which ends this spring.