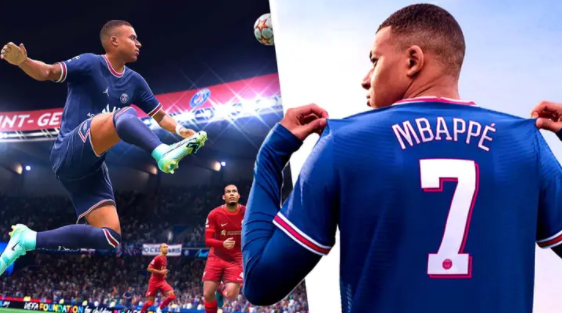 This is excellent news for those who love balls or kick them with their feet. It sounded strange. FIFA, I’m referring to FIFA. According to Xfire, it seems like FIFA 23 will include a feature that many fans have been asking for. There are also a host of other improvements.

According to reports, cross-platform play will be available for the first time in the series’ history. This will allow gamers on PC, Xbox, and PlayStation to play together on all modes. Although it’s a long-overdue move, it’s better late than never. This will be the most critical selling point for many players, but it’s not over.

The game will include both the men’s World Cups and the women’s World Cups. This is very nice. A rumor has it that Hypermotion Technology, first introduced in FIFA22, has been improved 10 times. This technology will allow developers to capture animations of real footballers using stadium cameras during matches.

One of the most shocking things about this news is that FIFA is still being called. If you aren’t familiar with this, it might seem a little confusing. In October last year, it was revealed EA had considered dropping the iconic name from their football game from now on. This was believed to be due in part to increasing licensing costs.

Andrew Wilson, EA’s CEO, said last week that the FIFA logo was “an impediment” and stopped them from developing new gameplay features. It seemed apparent that the games would soon be rebranded as “EA Sports FC,” as it was trademarked last. Although it is possible that this could still be happening, it seems unlikely for at least another one.

None of the FIFA 23 information has been confirmed in writing. However, it is from Tom Henderson, a prominent industry insider who has proven highly accurate in the past. This year’s installment of FIFA 23 may be perfect, although we’ll need to wait to see what happens.