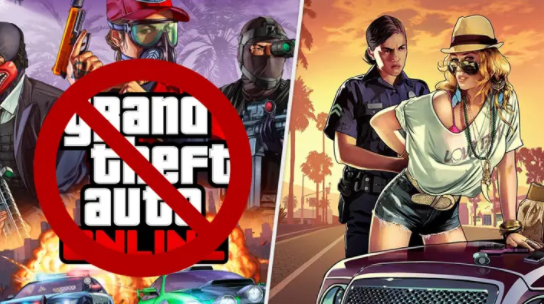 GTA V, the single-player version of GTA V, and its online counterpart, GTA Online, were re-released earlier in the month for Xbox Series and PlayStation 5 consoles. Previously, GTA Online was included with GTA V. It seems that the ability to purchase each game separately has caused some problems.

Players have reported that trying to launch GTA Online using GTAV‘s Story mode on a new-gen console could result in a ban from the multiplayer gaming platform. Rockstar Intel took the opportunity to tweet to remind fans to access GTA Online from the main menu until it receives a fix after multiple players claimed they were hit with false bans.

This bug is not known. Tez2, a Rockstar expert, believes it to be an IP ban rather than a ban from the game. This is why some users are being blocked from Red Dead Online.

They write that “At the very least, you could change your IP in order to avoid it.” “Something is likely to happen between Story Mode and GTA Online, which causes the servers assume that you are a malicious actor.”

Rockstar has not yet addressed the issue. It’s best to ignore the error and stick with the advice.