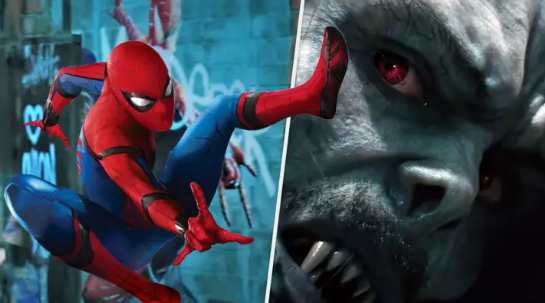 Oh, dear. It seems like Morbius isn’t all that great. You can be surprised, won’t ya?

Morbius is Sony’s most recent attempt to build a Spider-Man cinematic universe sans Spider-Man. Morbius is set in the same universe as Venom, which we are led to believe. It follows the titular Michael Morbius (“Jared Leto”) as he transforms into a living vampire.

Morbius is a bit of a mess. Venom surprised us all with its ability to be really quite good (in its own dumb way); this is based on the initial reactions of those who have seen the film. Given that these initial screening reactions are more positive than the others, I don’t expect much from the rest of the reviews.

“Morbius is, unfortunately, no great” and “definitely less fun than Venom,” writes FANDOM’s Nicola Austin, who pointed out the poor visual effects as well as the “formulaic plot”.

They said: “Really confused at future of Sony Spiderverse after the post-credits scenes and the editing. Matt Smith clearly has a lot of fun, though!

Sab Astley said, “Well Morbiusis as bad as you expected.” A 2005 plot is mingled with visually confusing CGI to create an unsettling experience. They’ve left the worst until last. Sony is out of control, with some of the most gruelling post-credit scenes I’ve ever seen.
Although these reactions cannot discuss what the post-credit scenes look like, recent leaks indicate that fans won’t be happy. They’ll be angry and confused if anything.

Multiple leakers claim that all references to Spider-Man or Venom, including posters of Sam Raimi’s Spidey and the Daily Bugle poster, have been removed from the final movie. Worse, Michael Keaton’s Vulture (who was teased in Morbius) has been reduced to a short post-credit appearance.

So Morbius, is it set in the MCU? Is it in Venom? The post-credit scene seems to leave us with more questions than answers. However, given the reception to Mobius, it’s hard to imagine Disney and Marvel being too excited about the possibility of incorporating him into their cinematic universe.