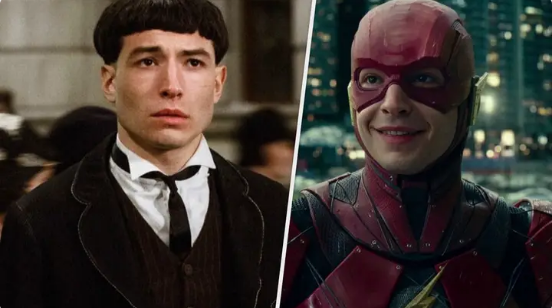 After a bar altercation, the Flash Star Ezra Miller was arrested

After a bar altercation, the Flash Star Ezra Miller was arrested

Ezra Miller (The Flash) was arrested for disorderly conduct after a fight at a bar.

Hawaii News Now reports the incident at a karaoke venue on Silva Street in Honolulu. According to reports, the actor was 29 years old and yelled obscenities before becoming agitated when other patrons started singing. He allegedly grabbed the microphone from a woman mid-song and then “lunged” at another man playing darts.

Police claim that Miller was agitated by the bar owner, who tried to get him to calm down before calling the police. Miller was taken into custody and then released on bail of $500.

Miller’s alleged violent behaviour is not the first time Miller has been criticized. The actor was seen in April 2020 choking a woman at a Reykjavik bar.

This disturbing video ( can be viewed here) features Miller asking a young girl if she would like to fight. As the woman smiles, she thinks it’s a joke and prepares for a fight. Miller grabs the girl by her throat and throws it to the ground. The person filming then hears “whoah, bro!” and stops shooting.

Many people were unsure whether the video was real or fake. Variety reported that Miller was arguing with a group of “pushy” fans at the bar, including the woman mentioned above. He was then escorted out of the premises.

Advertisement
After a bar altercation, the Flash Star Ezra Miller was arrested