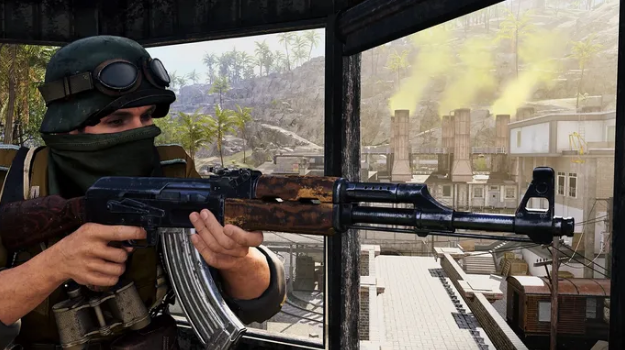 These modes are not completely normal.

The Season 2 Reloaded update has allowed players to continue to master Rebirth Island as part of Rebirth Reinforced and the arrival of Armaguerra 43 submachine guns.

The playlists are known as “Totally Normal BR” and contain various changes that alter a wide range of gameplay elements.

The Totally Normal BR and Totally Normal Rebirth Reurgence modes are different from the standard modes. The goal of being the last player standing is still met, but players are not allowed to take fall damage. This allows them to fall from great heights to make an impact.

A Specialist Bonus gives players all the Perks available and prevents fall damage. You can also find a Loadout Drop-in in certain map areas, allowing you to grab your weapon of preference as soon as your feet touch the ground.

It is straightforward to jump into the chaos. The main menu will take you to the second tab, located at the bottom of the Private Match tab.

The Among Us adds Ratchet-and-Clank Skins for PS4 and PS5.

With Ratchet & Clank: Rift Apart being launched to strong critical reception, it’s still one of the most popular PlayStation franchises. It will be interesting to see if more PlayStation characters are on the PS4 or PS5 versions.