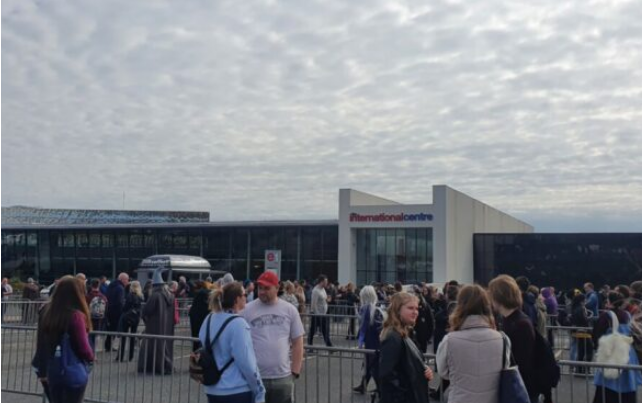 Wales Comic Con 2022 was The Best Yet

Wales Comic Con 2022 was The Best Yet

It has been many years since my last visit to a Wales Comic-Con. The last time I was there was when it was still in Wales. It’s safe to say that, despite semantic quarrels about the venue change, the new location in Telford, the unofficial Welsh principality, has greatly benefited the event. The “huge” is the keyword.

Glyndwr University, Wrexham, was the perfect home for a medium-sized convention, but Wales Comic-Con aspired to bigger and better con experiences each year. Wales Comic Con needed a larger location to accommodate its bigger ambitions, and Telford’s The International Centre may be the ideal place.

Although the con was less crowded than the day before, it felt like half of San Diego had made their way to Telford. The con was never overcrowded; however, because the queues were well managed and so much was spread across its three halls, there was rarely any congestion. Although there was some confusion when Andy Serkis and Bruce Campbell were placed next to one another, the organizers quickly reacted and adjusted the arrangements accordingly.

It speaks volumes about the rise in WCC’s stature that WCC had landed names such as David Tennant and Evangeline Lily and the entire cast of Vikings. It was less surprising to see their popularity, but it was also a great surprise to see how well-supported the vendors were. There was rarely a stall without someone nearby. Although the stalls were not as video-game-centric as I would have liked (and a few of them that sold games had set a random multiplier on eBay prices and called it a night), there was a wide variety of products to choose from.

There was something for everyone at Wales Comic Con, from soaps to figurines and abstract art prints to soaps. Although actual comic book lovers might have been disappointed at the lack of comic books up for grabs in the modern convention, there is still a need for more. It was also a pleasure to see the representation of indie comics, with authors available to discuss their work and countless prints being given the attention they deserve.

Many other activities could be done on the day or weekend, including talks and eSports tournaments. Travel meant that I could not squeeze it all in, but it was possible to fit in enough over the weekend to see a lot still.

Wales Comic Con 2022 proved to be bigger than expected. I cannot wait to see what it does next, what big name it grabs, and how it will continue to grow for many years. When Wales Comic Con returned in 2019, we will know.

The organisers provided a press pass for this purpose.

Advertisement
Wales Comic Con 2022 was The Best Yet