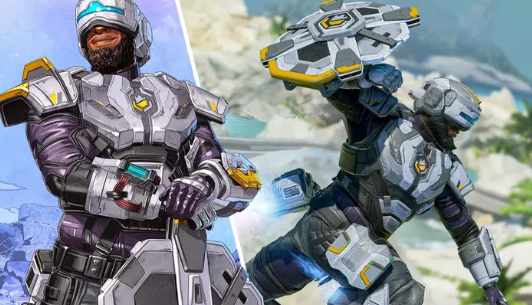 Respawn keeps adding new legends to the mix to spice up the Apex legends meta. The new season Saviors follows that trend. This major update introduces a new character that is defense-centric, and it’s a hero. Newcastle is the latest addition to Apex games.

Newcastle has been trying to get into the games for a while now. Newcastle’s entry into the games could not have come at a worse time. Season 13’s background focuses on a giant Leviathan that attacked Storm Point.

Newcastle is a formidable defensive player. First, his passive ability allows Newcastle to rescue the wounded from the battlefield. His wrist-mounted shield protects him from incoming fire and lets him drag any fallen squadmates out of danger. All while he revives them. While you might think there is a crossover with Lifeline, Apex Legends’ senior character designer Devan McGuire assured us that the two legends are different in that area.

Newcastle’s tactical ability allows him to move a mobile shield that can be placed once it is established. This allows him to support his advancing squadmates and adapt to unexpected third parties. As you can guess, Newcastle’s ultimate ability is another defensive one. The ‘Castle Wall’ is Newcastle’s ultimate ability. It draws on Newcastle’s signature shield and is slammed into the ground to create a fortress-like structure that provides a stronghold for your squadmates. Anyone who attempts to break through the wall’s energized energy is punished. It will be fascinating to see how Newcastle’s abilities affect the legend meta, particularly those that are defense.

Are you a lore lover? Newcastle’s introduction is one of the most interesting twists in Apex. We learned this in the Stories from the Outlands installment. It’s not just a random crowd-pleaser underneath Newcastle’s shining armor and masks. This was Bangalore, Bangalore’s brother. He assumed the role of Newcastle after a run-in against the Forgotten Families ended in the death of the original Newcastle. Jackson sees the battle and grabs Newcastle’s helmet so he can tackle the Apex Games head-on. Newcastle is the Hero of Harris Valley. However, he will need to use every resource to save his squadmates and win.

As part of Season 13, Saviors, the newest legend Newcastle, is in Apex Legends. This brings with it updates and improvements to Storm Point, such as IMC armories, new POI locations, and upgrades to rank, as well as an exciting Battle Pass. Apex Legends will launch on May 10th. You don’t want to miss the next legend meta shake-up.