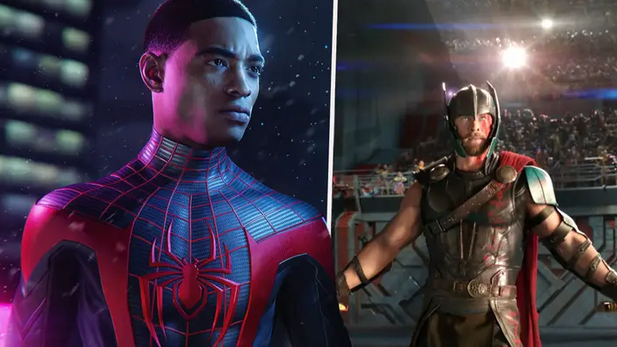 What if has been undeniably one of the most innovative projects by Marvel in recent years. Although we are used to seeing The Watcher on TV, What if was originally published in 1977 as a comic book. The series continues to be published today and explores the infinite possibilities of Marvel’s universe. However, a new Thor issue has been criticized for its promotion of racist stereotypes.

Yehudi Mercado has created a new comic that imagines how life would be if Miles Morales assumed the role of Thor. After fans found it extremely harmful to Black and AfroLantinx communities, the Thor variant comic gained popularity quickly online.

ScreenRant reported that the comic opens with Miles performing to set the scene. Asgard shows shoes hanging from power lines and Miles’ Mjolnir covered in graffiti. Miles also declares, “It’s hammer-time” every time he uses Mjolnir in the manner of MC Hammer and refers to his realm as “his hood”. Miles uses the exclamation “By Odin’s fade” at one point in the comic. Fans took to social media to voice their opinions.

Mercado, the writer of the comic, has apologized for his actions. He said that he was “hearing” and “learning from my Black and Puerto Rican peers in comics,” and that he will donate his paycheck to Marvel and the Brooklyn Book Bodega. Mercado stated, “While my Jewish and Mexican heritage has given me a different experience, I still know that inauthenticity hurts and I’m sorry I made that mistake.”

Marvel clearly wants to create a more authentic experience with its films. It’s a shame that this care and respect doesn’t extend to comic book publishing. Although Mercado wrote the comic, I’m sure that there were many other eyes who looked at it before publication.