The Advance Wars spiritual successor is launching on July 11th for Nintendo Switch and Windows PC. Featured above, you can view a new trailer for the game.

Here’s a rundown on the game: 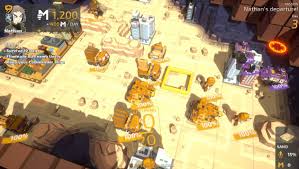 Tiny Metal: Full Metal Rumble improves and expands upon the authentic method across 39 new marketing campaign missions and 77 skirmish maps, each escalating in complexity and ferocity. Units head into war with in no way-before-seen hints, take cowl in the fog of battle, refuel and stock up ammo when depleted, and ambush sinister Dinoldan forces to trade the tides of conflict.

The world of Tiny Metal stages up via exploration and new victory situations. A new world map pays homage to conventional RPG factors, filled with secrets for inquisitive adventurers. Challenge enemies posing a selection of latest win conditions in each level. Triumph against the Dinoldans needs strategic making plans and more than just greater firepower.

Only the pointy, unbiased Commander Wolfram and her White Fangs can desire to stand against the conquering Dinoldan armies. Search for Wolfram’s brother and lead the White Fangs to victory, preventing risky historical technology from falling into Dinoldan hands. The destiny of a international ravaged by using war hangs within the stability.

Acclaimed writer Hirotaka Inaba (I Am Setsuna) spins a twisting story of intrigue, triumph, and tragedy, brought to life through a fascinating cast of memorable characters. Venerable composer Tomoki Miyoshi (I Am Setsuna, Lost Sphear, Steins;Gate) wrings emotion and intrigue from each cutscene and firefight. 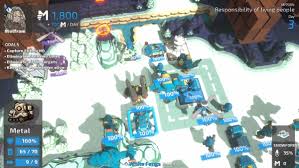