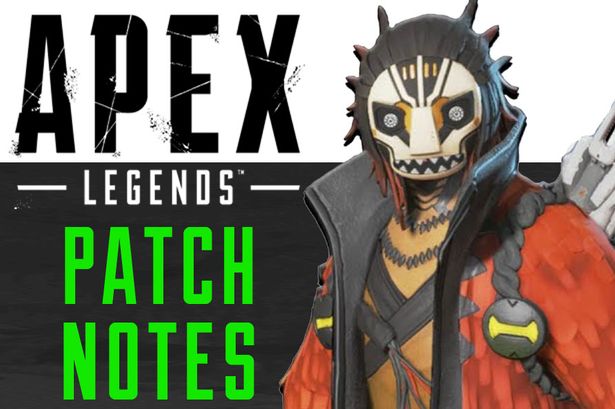 Apex Legends Season 3 Upgrade is Currently rolling out to PS4 and Xbox One players. According to the changelog that is official, the latest Apex Season 3 updates adds legend — Crypto to the match. Aside from that, the upgrade a new map, a plethora of bug fixes and in-game makeup, new legend, weapons.

Previously, there was a large update released with gameplay changes, personality reconciliation along with a very long list of bug fixes. While playing the game, unfortunately, many players are still undergoing lots of problems. Today’s Apex Legends update is predicted to fix some of these issues. Check out details below.

Introducing an entirely new environment for Legends to tackle, on the planet of Psamathe. A contrast between the rising embers and chemical ice, alongside a new terrain and new movement mechanics introduced by geysers/a high-speed cargo train, gives a new dynamic feel for players.

Crypto adds more variety to the already diverse lineup. The hacking vigilante will bring with him a deployable drone, which his abilities all pertain to.

The Charge Rifle is an energy sniper rifle that fires single–round bursts of static electricity. Details of the rifle include:

Eye of the Allfather

Beast of the Hunt

[Designer notes: We’ve pulled back additional nerfs for further testing, but Wraith’s power balance is definitely on our radar.]

[Designer notes: We think the number of hop-up types in the game is about as high as we want to go right now when we consider loot dilution and the likelihood of finding a desired hop-up. Going forward, we intend to rotate hop-ups each season — some may be removed from the loot pool to make room for new or returning ones. Below are the changes we’ll be making to hop-ups for Season 3.]

The gold armor will now have “Fast Use” (consumable items take half as long to use), which was previously on the gold backpack. Now, you will be able to tell when an opponent has the ability to heal faster by seeing the gold armor damage numbers.

[Designer Notes: For Season 3 weapon changes, our goals were to encourage and improve longer range gunfights and reduce power on some of the weapons that have been dominating lately. We will of course be closely watching data and player feedback on these during the season.]

We’ve swapped out the previous set of Gold Weapons with some fresh new ones for Season 3. Keep an eye out for these fully kitted beasts that all include tier 3 versions of all compatible attachments, hop-up, and the following optics: