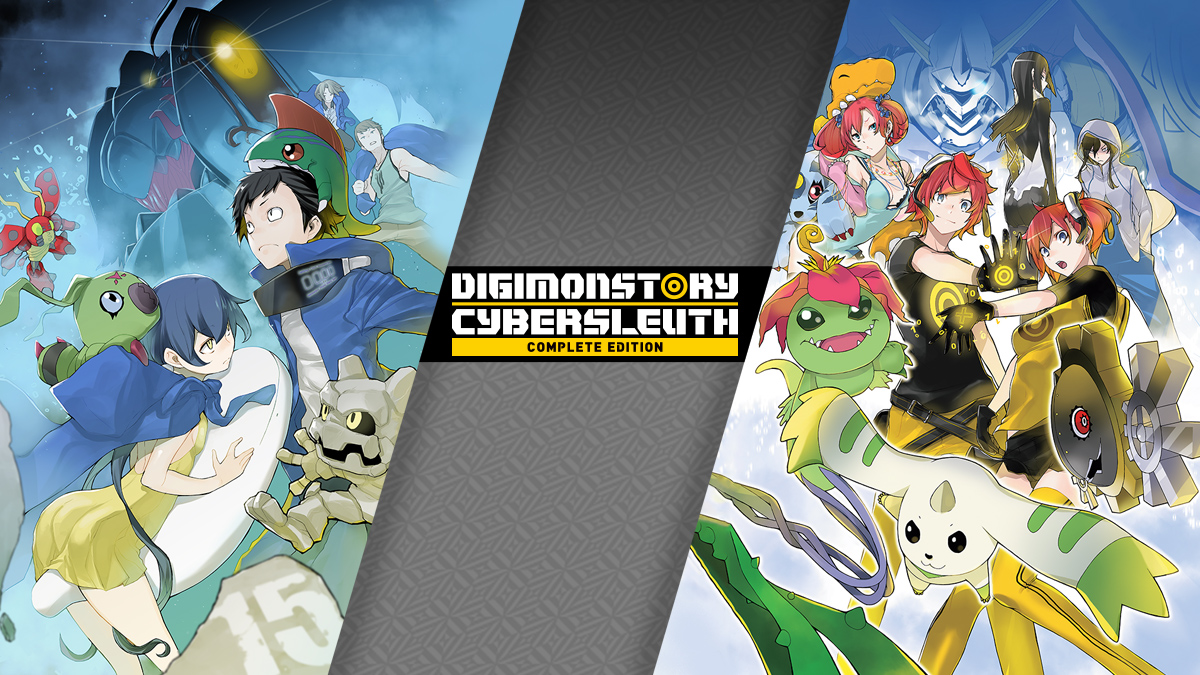 Digimon or Pokemon. Sides were chosen by Children in the 90s, you’re either a Pokemon fan or a Digimon fan. In the 2000s though, Digimon went through a slump with the Anime and games not living up to the’Classic’ standard the media set. In recent years though this has been changing, with developers such as Media Vision releasing some fairly excellent Digimon Story games.

Cyber Sleuth and Cyber Sleuth – Hacker’s Memory’s stories take place at the same time but from different perspectives. The standard Cyber Sleuth’s campaign has the protagonist, either a male or female avatar, gain special powers as a half-digitized entity after the events in the prologue and is tasked to investigate the mysterious events happening around ‘EDEN’ (a physical interaction cyberspace network similar to an Isekai world like seen in Anime shows like Sword Art Online) and the Digital World.

In Hacker’s Memory a new protagonist (male-only this time around?) gets caught up in a phishing attack and due to the identity theft is accused of a crime that he did not commit. Now to clear up his name he joins the hacker group “Hudie” to find the real culprit and clear his name.

Although Digimon game campaigns in the past have been fairly decent, the Cyber Sleuth games ramp up the intensity and honestly offer an experience far better than you would expect. The writing and dialogue are cringe-worthy as expected but it’s not so bad that it would ruin the overall experience.

The two games are greatly inspired by the Persona series, which is a good thing since the last three Persona games have been the upper standard for JRPGs.

The gameplay is almost the same in both games although Hacker’s Memory plays a bit better with additional balancing and gameplay tweaks over the standard game. Battles are 3v3 turn-based where the player sends out the Digimon of their choice against the enemy. There are tamer battles and wide encounters, the latter of which are random and in high frequency although there are abilities you can use to lessen the frequency or outright turn off these random wild encounters. Players will be able to collect and battle with 249 Digimon in Cyber Sleuth and 342 in Hacker’s Memory, although you won’t be able to transfer them between the games, unlike Pokemon.

Finally, the games play splendidly well on Switch and feel right at home. While playing through the game originally on the PS4, I often felt how well the games would be on a portable platform ignoring the Vita version which felt “lesser” due to the loss in detail. The Switch version thankfully is excellent and in my opinion, the best way to play the games.

Digimon Story Cyber Sleuth: Complete Edition is an extremely good value bundle for the two games that you get, so if you haven’t played the games and own a Switch then this Pokemon alternative is certainly worth investing in.