2Dark is a fresh out of the box new outside the box game from designer Gloomywood. It includes a fascinating story premise that shows potential for a dull story and ongoing interaction highlighting gestures to a few of the faction exemplary awfulness establishments like Silent Hill and Alone in the Dark. Anyway the game neglects to execute these in a manner that is enjoyable to play and experience, bringing about a lopsided encounter that battles to keep us engaged or persuaded to really complete the game.

My early introductions of the game were sure, generally in light of the fact that the game has a fairly troubling and lovely opening that makes the player keen on the story. The visuals are additionally one of the features of the game which include a fascinating craftsmanship style. Characters seems, by all accounts, to be rendered in 3D while the game highlights a blend of 2D and 3D workmanship style summoning a comparability to the old-school pixel craftsmanship. Be that as it may while the visuals are decent, they are tragically covered among one of the constrained mechanics in the game, which is investigation in dim, straight levels brimming with traps and foes. 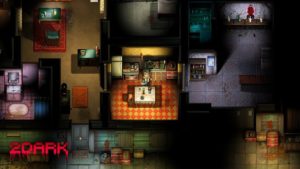 The gameplay featured in 2Dark relies heavily on levels shrouded in darkness that also serve the purpose to highlight the mechanic of using a light, torch or lighter to navigate them. This method evokes the memory of Silent Hill, which had similar mechanics that made people use light when needed in order to discover objects or explore around the world map. The execution is the same in 2Dark however the way it is implemented is not ideal, and just leads to further frustration.

Starting the game the first time gives the impression of cheap indie game, which is a direct contrast to the price of it, currently sitting at $24.99. It is hard to argue this price point considering how lackluster the actual gameplay is, and how hard the game tries to establish itself as a horror game, but fails to feel like one. 2Dark isn’t exactly a bad game per se, it just isn’t as fun to play. Maybe you might enjoy it if you like a frustrating control scheme, clunky inventory management and a save system that baffles because of its use of archaic mechanics to feed on nostalgic memories. 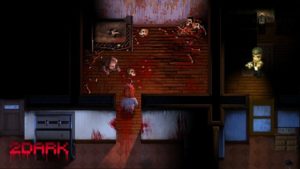 Each of the level featured in 2Dark is rather linear and exploration in them can end up a chore thanks to the inventory management, the lack of visual cues for traps and even items, and the lack of proper saving system that forces the player to manually save before each checkpoint. There is combat featured in the game that allows either melee attacks or using firearms but thanks to the control scheme, it is nowhere as fun to try it out, just as it is the case with exploration.

The basic gameplay involves saving childrens that can be called out to either follow the player or stop so they avoid death from the enemies or traps. However this is another gameplay mechanics that needed time to flesh out because it doesn’t mesh well with some of the level design. Not to mention the addition of Stealth is already bad enough, having to navigate children while forcing to go through a section with Stealth is the tipping point for a archaic design in 2Dark.