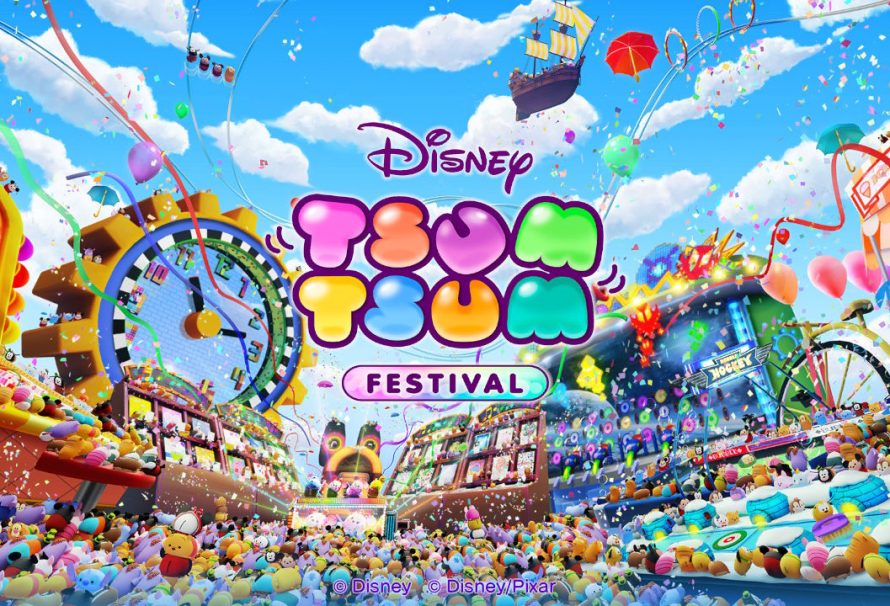 For the past seven years I’ve had the same game installed on my various Apple devices. The game itself isn’t terribly complicated, you just match three or more characters in a row, yet I’ve played over 10,000 matches because the mobile version added player versus player. Now the goal wasn’t to achieve the highest score ever, as much as simply out play your opponent. This is what I thought about when I played Disney Tsum Tsum Festival at this year’s E3. I faced a particularly fearsome rep, who effortlessly bested my attacks, yet it was fun because there was always excitement after each match. Whether I achieved the best score ever was irrelevant, because the other person could simply be better or have an equally good game, just like an underwhelming performance could still be good enough to best whomever was unlucky enough to face me. Given this excitement, is it and a bunch of other mini-games, enough to make Disney Tsum Tsum Festival the next big family game or does it fall short of what players want?

One of the biggest changes is ultimately the whole motivation system. While Disney Tsum Tsum Festival boasts an impressive number of characters, it doesn’t seem to be moving towards the event model. Sure, there are missions and ways to boost the total coins you earn, but there doesn’t seem to be limited time tsums or weird events focused on upcoming movies, current projects or whatever else Disney wants to highlight. The upside is you don’t always have something to chase after, with the downside being there is less overall to do. Instead, there are daily challenges and a variety of other tasks to perform.

In addition to that, the board seems larger than the phone version, making it easier to get large combos, at the cost of it being more to pay attention to. Finding the best way to deal with 20 tsums is obviously easier than 40. This will give veteran players a run for their money, though how long it takes for them to adapt will vary. Especially since, Tsum Tsum Puzzle is more tactics than anything else.

To play, all you need to do is find three or more of the same tsum next to each other and run your finger across it. Once you touch a character, you’ll see possible paths and it will continue until you stop or you reach the end. Connecting seven or more in a single go will create a bubble that you can pop to destroy nearby tsums, with a fever mode building the more you dispatch and finally any tsum that matches your chosen tsum will increase your special bar until you can do activate it to briefly change the rules of the game.

Part of the long term enjoyment comes from collecting either your favorite character or more powerful abilities, as they do legitimately make a difference. Some, such as Pooh is much slower and requires you to think of combos as quickly as possible, with Stitch just destroying a bunch of tsums in the middle. Proper utilization will result in more points, meaning you need to figure out what works best or develop a tactic around certain play styles.

The fun is largely progression makes it easier to increase your score, thus it’ll constantly be easier to set new records. There shouldn’t come a time when you think that it’s impossible to achieve a higher score or that you’ve hit the end, giving solo play plenty of things to do. Plus, since it’s unlimited play, you can actually enjoy playing instead of finding ways to continue or simply maximize each attempt.

Given Disney Tsum Tsum Festival is trying to be more than just a full version of the popular mobile game, there are various mini-games included. While none of them mini-games are terribly complicated, I found they work best in a more competitive atmosphere.

Whether it’s air hockey, curling or even cone stacking, each mini-game is based off a different skill and it lives and dies off the thrill of beating your friends. While I wouldn’t say many of the mini-games are hard, they do have frustrating elements to them. Spinner Battle can result in less skilled people constantly getting punished and never picking up a single point. If you mess up your initial cone in Ice Cream Stackers it’s almost impossible to come back. Those who fall behind in Round ‘n’ Round run can almost guarantee they’ll lose. And you kind of get the idea. It’s the same basic concept that makes Mario Party a love or hate experience. If you have the skills it can be fun but most of the games are designed so the pressure is on and that won’t appeal to everyone.