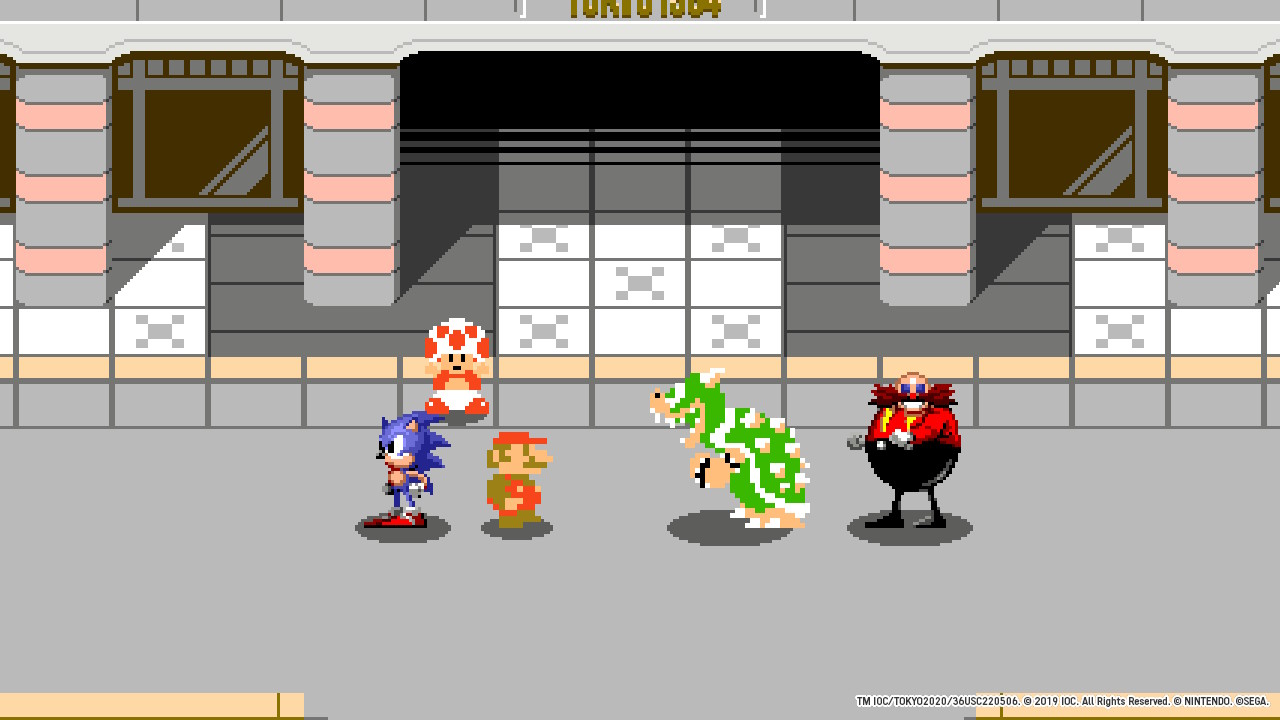 I legitimately didn’t think I would ever say Mario & Sonic at the Olympic Games Tokyo 2020 found a way to make an interesting story mode, yet it accomplished that. The story starts with Mario and Sonic getting a mysterious game system. Unbeknownst to them it was developed by Dr. Eggman and is part of his and Bowser’s plan to trap the heroes in a digital world. However, due to a slight miscalculation, the pair gets sick of waiting for them to activate it and Luigi sends both groups to the digital world.

In this world they’re now at the 1964 Olympic Games, which was also held in Tokyo Japan, with the added twist of everything being pixelated. Both Mario, Sonic and the rest are reverted to their iconic 8 and 16-bit sprites and forced to navigate through this world and a variety of events in this world. It adds a lot of novelty, if only for the fact that it pays homage to a number of elements from the past, making it interesting to say the least. While most of the charm comes from the sprites, you do have to also navigate through the present/real world and work together to win challenges and ultimately save everyone from the evil machine.

Outside of the amusing concept, story acts as a simple introduction to the mini-games. It doesn’t need to be done, you’re not even required to beat it to unlock them, it just gives you a nice excuse to play through them instead of just picking and choosing, plus, you might discover one you wouldn’t have otherwise played. 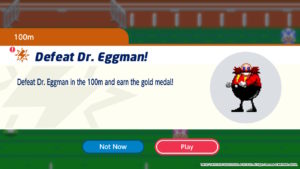 There are around 30 total mini-games, which capture a wide variety of sports and activities. Some are simple, such as 100m, 400m with hurdles, vaulting, whereas others are a little more complicated, including volleyball and table tennis. Much to Mario & Sonic at the Olympic Games Tokyo 2020’s benefit, these games are largely incredibly accessible.

Take table tennis. I listed that as complicated because it’s more than running forward, though you really only need to know when to swing your paddle. Characters move by themselves, meaning trajectory and hitting the ball are all you’re expected to do. Regardless of how skilled you actually are, it’s honestly easy enough where anyone could put up a decent fight, especially if you’re not dead set on aiming the ball in a way that causes devastatingly hard returns.