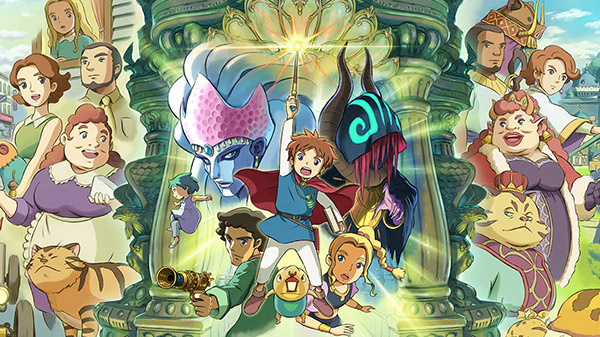 Bandai Namco officially announced today, following a flow several days past, that Ni no Kuni: Wrath of the White Witch remastered is indeed coming and will be released for PS4 and Steam- together with the Switch version getting just the interface of the original release.

Both names will be released worldwide on September 20. For the PS4 and Switch variant, there will be both physical and digital versions.

From the Remastered version of Ni no Kuni, fans can look forward to an improved variant where it will feature enhanced graphics, while the non-remastered Shift version is simply just a port of the first release.

Here are more details of the game, via Bandai Namco:

Ni no Kuni: Wrath of the White Witch on Nintendo Switch is the first handheld iteration of the acclaimed title, letting Switch players experience the game in 720p resolution at 30 frames per second in TV mode at home, or in handheld mode on-the-go. The game retains its original dynamic fight system, combining real-time action and turn-based tactical elements, as well as the dozens of locations and hundreds of creatures that comprise the vast universe of Ni no Kuni.

Originally developed by Level-5, Ni no Kuni: Wrath of the White Witch’s story unfolds through animation storyboarded and created by the legendary Studio Ghibli, with music composed by award-winning musician Joe Hisaishi. Ni no Kuni: Wrath of the White Witch tells the charming yet tragic story of Oliver, a young boy who embarks on a journey to another world in the hope of bringing back his mother following a tragic incident. With a copy of the Wizard’s Companion in hand and his pal Drippy by his side, Oliver must traverse exotic lands to tame familiars, take on malevolent foes, and overcome the countless challenges that stand between him and his mother’s salvation.