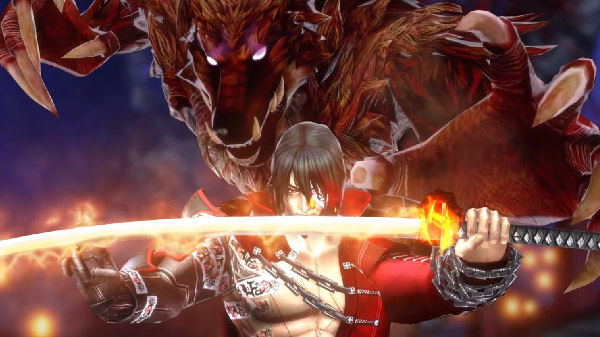 505 Games and its designer ArtPlay discharged today another trailer presenting another playable character that is coming to Bloodstained: Ritual of the Night.

The new playable character is named Zangetsu and he evidently employs the ‘Zangetsuto’ katana, and playing as him will basically ‘open up an entire host of better approaches to appreciate the game.’

Discover the trailer underneath:

In addition, 505 games announced today that Bloodstained: Ritual of the Night will be delayed a little bit later in Japan but not in North America ‘due to some unexpected logistical difficulties.’ Though there are still no release date announced yet, it will still be released in both formats.

Here’s an overview of the game, via Nintendo:

Play as Miriam, an orphan scarred by an alchemist’s curse which slowly crystallizes her body. To save humanity, and herself in the process, Miriam must fight through the castle and defeat the summoner, Gebel.
Collect, craft and unlock a vast array of weapons, equipment and loot to defeat the countless minions and bosses of hell that await!

When Bloodstained: Ritual of the Night launches, which is still up in the air as release date hasn’t been announced yet, the following will be available: Nightmare mode, New Game Plus, 8-Bit retro level, and cheat codes.

Bloodstained: Ritual of the Night will be available on June 18 for PlayStation 4, Xbox One, and PC. Switch version will get it a week after, on