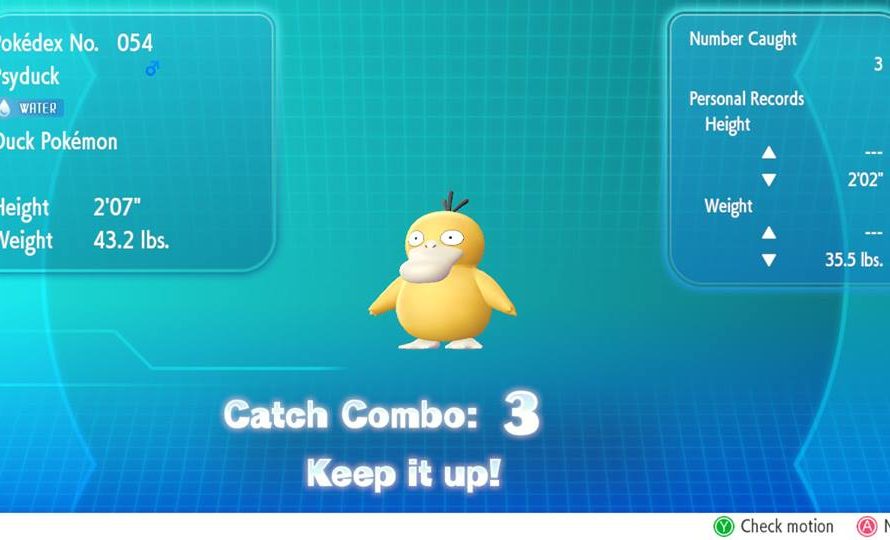 One of the new highlights in Pokemon Let’s Go, Pikachu and Let’s Go Eevee is the Catch Combos that show up at whatever point you get the equivalent Pokemon consistently.

With the game adjusting the getting repairman from Pokemon Go, it makes getting Pokemon much simpler as you never again need to stress over battling the Pokemon and drop it at a specific measure of HP before getting it. That being stated, you can continue getting Pokemon easily as long as you have a Pokeball.

If you are dedicated in doing a streak of catch combos, it’s important to know what may break it. Here are the conditions:

1. Capture a different species of Pokemon – If you’re somehow on your 40th chain of catching a Pikachu in Viridian Forest and you find a rare Bulbasaur that you catch, that will break the chain.

2. Pokemon that Runs Away – It’s not always 100% guaranteed that the Pokemon in the wild can be caught in one try. Some are hard to catch while others run away. If it runs away, that will break the chain.

3. Saving and Exiting – Assuming you have been catching about 50 Pokemon already of the same species and would like to continue catching it – make sure that you don’t save and exit the game as it will break the chain. However, if you just put your Switch on Sleep Mode, it will not break the chain.

Now that you know the conditions on how to not break the Catch Combos chain, it’s time to talk about the rewards.

Since breeding in Pokemon games wasn’t introduced until in Gold and Silver, Let’s Go Pikachu and Eevee will not have them. Instead, those who want to get a good IV in the game will have to rely on the Pokemon that you can catch.

To increase the amount of max IVs that you can get in the game, you must perform Catch Combos. The following are the amount required to get a guaranteed Max IVs.

The Pokemon that you get to see running in the wild are the normal and most common species that you can catch in the game. Well, did you know that there are certain Pokemon that are considered rare and will only spawn at a certain amount of catch combos that you do?

Depending on the amount of Catch Combos that you do, the chances of having a Rare Pokemon spawn at certain location will increase. Some of the rare Pokemon that are considered as Rare Spawn are the following: Squirtle, Bulbasaur, Charmander, Articuno, Zapdos, and Moltres. A detailed guide on the Rare Spawn will be posted later this week.

Here are the amount of combos that you need in order to increase the chance of catching a Rare Pokemon:

Another benefit of having Catch Combos go up and maintaining it is for people to catch a Shiny Pokemon. Similar to the Rare Spawns, getting a Shiny Pokemon to appear in the wild can be greatly enhanced depending on how many Catch Combos that you have.

We will discuss more about the Shinny Pokemon, and the Rare Spawn in different set of articles.