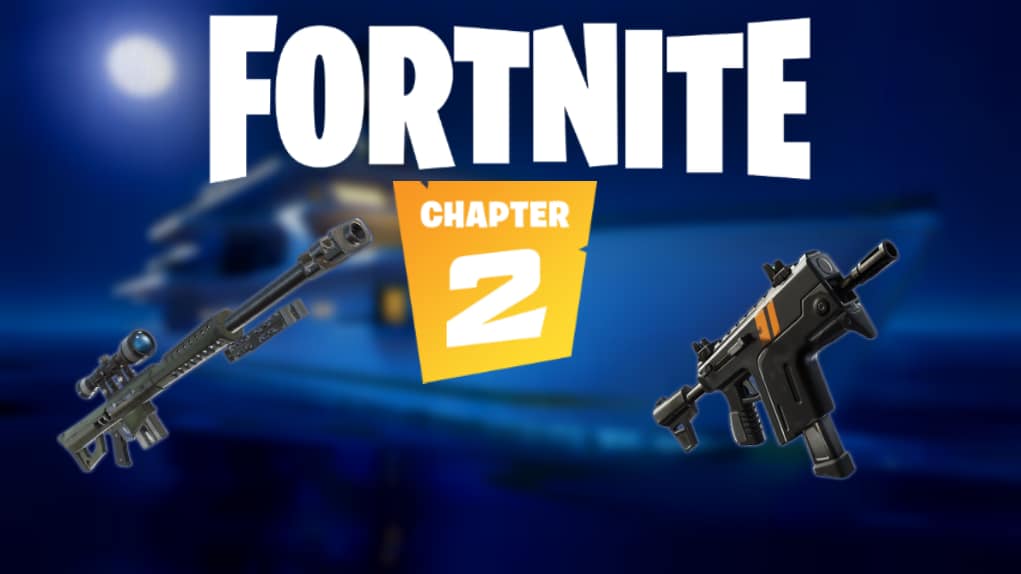 Learn where the Heavy Sniper location as Well as the Rapid-Fire SMG location in Fortnite Season Two.

Gamers are discovering some new locations secrets under the surface and to explore, although fortnite Season 2 is almost a week old.Some of the newest locations across the map are evident, and players have had enough time to work out the mythic weapon locations all. If you are still fighting, you are able to have a look at our guide here.

Read : Comment: it’s time to separate the most aggressive Fortnite loot pool
Fortnite Chapter 2 Season 2 brought back Heavy Sniper the Heavy AR, and Minigun weapons Together with the SMG. Of the weapons that are coming, Rapid-Fire SMG and the Heavy Sniper are proving to be the most elusive.

You can find the Heavy Sniper on the Yacht, but that’s not the only location that houses it. You can also visit some unnamed locations that spawn locked chests. Inside these, you’ll find a Heavy Sniper – and sometimes a Rapid-Fire SMG.

The Heavy Sniper appears to spawn all over the map. You can grab it from one of the locked chests by using a downed henchman or a disguise from a phone booth.

The Rapid-Fire SMG appears to be a rarer drop that seems to be isolated to the unnamed ‘Safe Houses’. You can grab it in the Pleasant Park underground, a small house north of Holly Hedges, FN Radio (near Craggy Cliffs), the gas station near Frenzy Farm, and the underground base near Lazy Lake.

The above video from Kanga shows all of the unnamed locations that have a chance at dropping the Rapid-Fire SMG. These are also much safer locations to land at the time of writing, as most players are still focused on the new, named POIs.

The reason that the Rapid-Fire SMG is so rare is because of the lack of phone booths in most of these places. You need to down a henchman and carry him over to one of these boxes, which can be difficult to remember if you’re looking for the gun.

Is the Rapid-Fire SMG worth carrying, though? It depends on your playstyle. Are you a Linear controller player who focuses on jumping into an opponent’s box and spraying? Then the weapon might be for you. If you focus on doing chunk-damage to your opponent, then a normal SMG will work better for stealing walls.

Yes, the gun shoots quickly, but it only has 18 shots. The normal SMG has 30 shots with 19 damage per bullet (15 on a Rapid-Fire SMG). A normal SMG will be more versatile in most situations.

If you’re interested in grabbing the Rapid-Fire SMG or the Heavy Sniper, now you know where to find them.