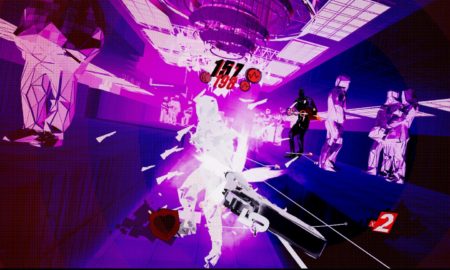 The first of four weekly Play Cups will begin March 1st, this Sunday. Contestants will compete in 3 rounds. Players must record and submit a VOD of the very best score within the allotted time for a opportunity to compete in the Pistol Whip Tournament.

Today’s your opportunity if you’ve ever wanted to see whether you have what it takes to compete in virtual reality esports. The Virtual Athletics League (VAL) is preparing to kick off the first ever global Pistol Whip Tournament, which runs through March. Contestants will compete in Pistol Whip, a VR action-rhythm shooter developed by Cloudhead Games. Within this vibrant, fast-paced FPS, players must shoot their way through a series of hand-crafted actions sequences inspired by the likes of John Wick and Equilibrium. Shoot fast and aim true, and you may be on your way to the Grand Finals following month. Be sure to See the Virtual Athletics League site to get a comprehensive breakdown of the Pistol Whip Championship principles and sign-up Details.

Players can vie for their chance in the $10K prize pool beginning next month.

The iBUYPOWER-supported and Oculus tournament will take place over three weekends and will start on March 13. As the Home Tournament occurs online, anyone can compete. Those who reside near a arcade may participate in the arcade portion from March 19-22. The 3 finalists will vie for their share of a prize pool at the Grand Finals, which will be streamed live from Salt Lake City.