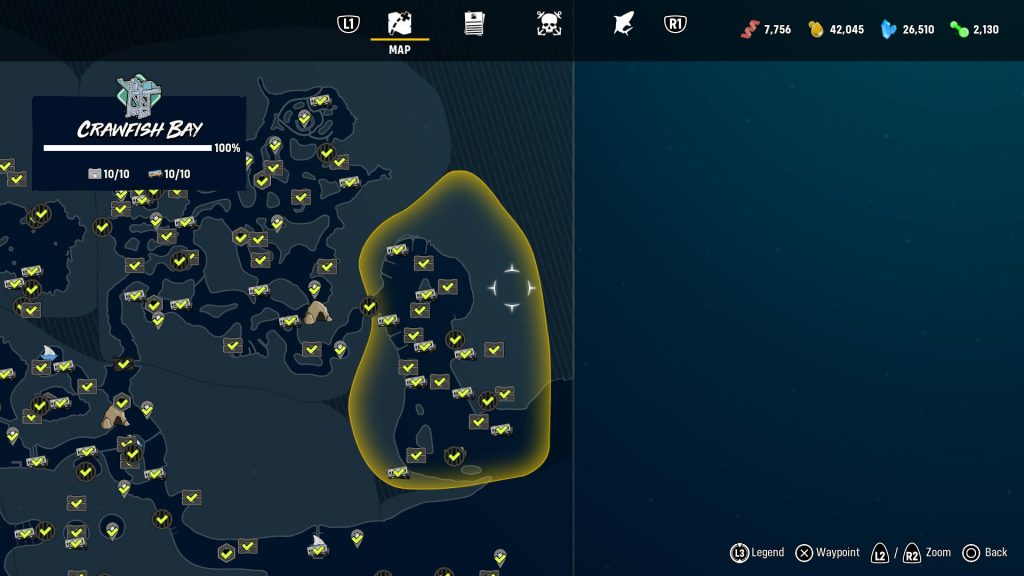 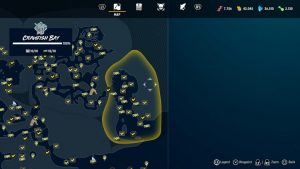 The nutrient caches will provide you with valuable currency, or at least what passes for money within this shark-eat-shark world. You’ll locate them securely tucked away in the muck of the numerous nooks and crannies in the bottom of the bay. Don’t forget to use your sonar, as it can help track them down quickly. The map above shows them as little gray cubes, but the icon is really much like that of the licence plate, so keep in mind it is the bigger one.

The number of license plates matches the number of nutrient caches — there’s ten of them too. Unlike the caches, they are found only in the air. They are big glowing items, hovering over various landmasses and constructions like bridges, boardwalks and such. The secret with them isn’t locating them, but attaining them in order to slap them with your own tail. Some are pretty high up, and you’ll want to practice your jumps if you want to get them. The trick is to surface in the correct angle, but also to get enough speed until you break surface and lunge into the air. Packing the appropriate evolutions might also help.