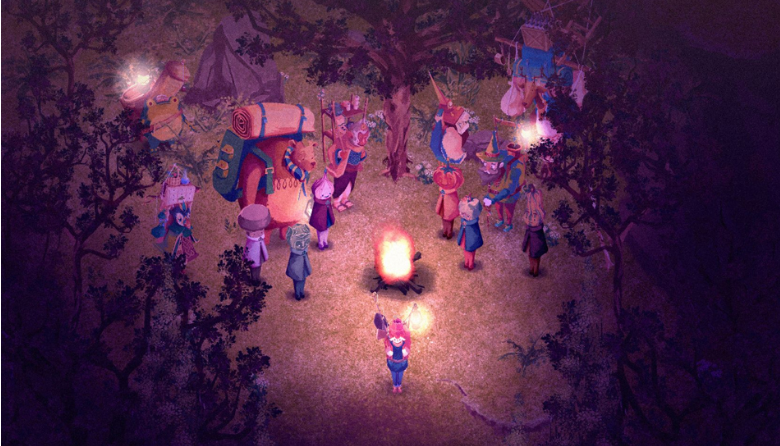 The month-long Kickstarter for The Garden Path, a beautiful slice-of-life simulation, ended earlier this week. It not only received over 150% funding thanks to over 1000 backers but also reached its stretch goals to get to the Nintendo Switch and offer local multiplayer.

Studio carrot cake is Louis Durrant’s solo developer. The Garden Path celebrates the joy of gardening and the small pleasures that come with it. After 24 days, it reached its $27,242 funding goal. This enabled the unlocking of stretch goals for a Nintendo Switch port and local multiplayer that allows you to share your garden with friends. These stretch goals were achieved in the remaining days. The game received $41,483 in funding.

You are far from the daily grind of life, and you’re in a wilderness. You’ll be able to design your own garden, which will reflect the passing of time as well as your desires for a simpler life. Despite reminding one of Stardew Valley and Animal Crossing, the Garden Path is dedicated to the tranquil, melancholic and contemplative.

Although it may offer many activities, such as tending your garden, talking with the friendly inhabitants, or decorating your home, The Garden Path was specifically created to allow you to go at your own pace. It is not bright, cheerful, or lighthearted. Instead, it encourages a wistful, reflective mood. No matter how your garden looks, it will allow you to meet new people and create new stories every time you play.

I am thrilled to see The Garden Path fully funded. It’s not surprising that this game has generated a lot of buzz due to its stunning visuals. It features a hand-drawn aesthetic with warm shadows and soft strokes that give it the texture and dimension of a watercolor painting. Every frame is simply stunning. I couldn’t stop taking screenshots while playing its publicly available demo, which you can download over at itch.io.

Among the Garden Path‘s highlights are:

The Garden Path will be available for PC, Linux, and Nintendo Switch. It is expected to be released in 2021. You can wishlist it here. According to the Kickstarter project FAQ, backers for tiers with a copy of the game will be able to play it around October. The game will be sent to the first to get and implement feedback before the general public.

Disclaimer: I was an intern for Player Two PR from January 2021 to March 2021. This agency manages the marketing for The Garden Path. The title was not my responsibility, as it was signed after I finished my internship. Before I left, the only thing that I did was cry while watching its pre-alpha trailer. It still makes me feel emotional just watching the trailer. __S.35__