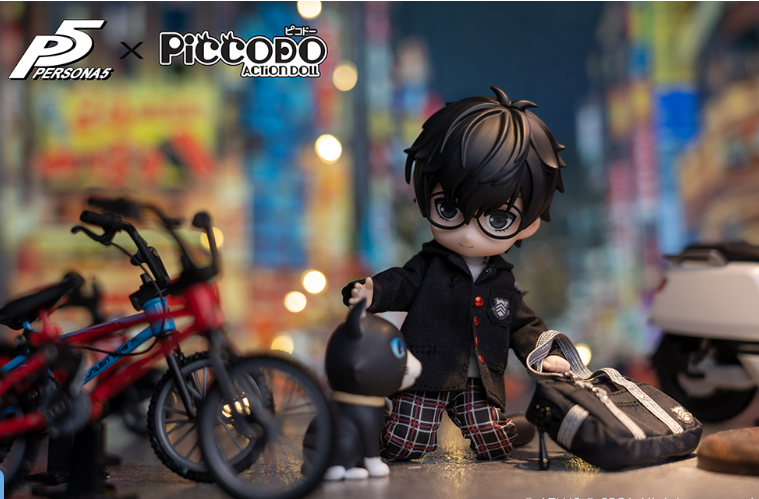 Friends, I have a shelf dedicated to my Persona memorabilia. Right now, it has figures of Ryuji Sakamoto, who is the best boy. The photoshoot of the new Persona5 Piccodo Action doll of protagonist Joker was created by someone marketing to me specifically. Because I see these photos, there is nothing he can steal.

As part of his Shujin Academy uniform, he comes with a jacket. It almost seems too large for him. The jacket is so adorable that I can’t stand it. But one thing that’s keeping me from dropping the $104+ on it is that, according to the listing, the entire bedroom is just a display made for the photo shoot and not included. It’s all great, but I wonder if the doll would have the same cute factor if it were just the props. What if the doll cost me more? Would I be tempted to spend more money to create a set for the cat and the boy?

Okay, God. I have to close the tab. Otherwise, I will be $104+ richer. Next year, the doll will be available in May if you’re looking for a little Joker to put on your shelf.

Persona news: The series celebrates its 25th anniversary in this year’s edition, and Atlus & P-Studio have teased seven new reveals. We don’t know much about the first announcement, but it is expected to be made next month. It could be a port from Persona5 Royal to Switch. It could be a new Arena fighting video. It could be a teaser of a possible Persona6. We will only know the outcome when it comes.